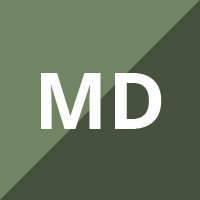 Current treatment for Parkinson’s disease (PD) is focused on relieving symptoms, at present there is nothing that is widely accepted to halt or slow disease progression. Potential neuroprotective or disease modifying agents have been identified from preclinical studies. One such group of compounds are anti-hypertensive drugs.

1) Do anti-hypertensive drugs prevent the onset of PD? (primary prevention)

2) Are anti-hypertensive drugs disease modifying agents in PD, do they slow the progression of disease once PD is established? (secondary prevention)

3) What are the adverse effects of taking anti-hypertensive drugs for patients with PD?

Electronic databases including trial registers were searched, complemented with handsearching of conference proceedings and searching the citations of key articles (updated May 2011). Authors were contacted, to provide additional information, where necessary.

Data were abstracted from the source papers and methodological quality was assessed independently by two review authors. Results for both reviews were dealt with descriptively.

Two trials and one ongoing trial met the inclusion criteria for the secondary prevention review. Each completed trial examined a different class of anti-hypertensive drug. The ongoing trial is examining the effects of the calcium channel blocker isradipine on motor symptoms and disease progression. It follows an earlier tolerability study. The results are due in the year 2012.

Adverse effects were noted in all included trials and included intolerability to the drugs and worsening PD symptoms.

There is currently a lack of evidence for the use of antihypertensive drugs for either the primary or secondary prevention of PD. More observational studies are required to identify potential drugs to go forward for safety and tolerability studies in people with early PD. The results of the ongoing trial will help inform further research.

Different agents have been examined for their effects in protecting the nerve cells that die in Parkinson’s disease (PD). These agents are often called neuroprotective or disease modifying drugs. They can act by preventing the onset of the disease itself (called primary prevention) or by halting the progression of PD once it has been established (called secondary prevention). One group of drugs which has been looked at in animal studies is anti-hypertensive agents (blood pressure lowering drugs). This review aimed to look at the effects of blood pressure lowering drugs on both preventing the onset of PD and also on symptoms and the progression of disease in people who already have PD.

Clinical trials were used to see if taking a blood pressure lowering drug when you already have PD reduces symptoms or slows disease progression. Only two completed trials were found, all reporting the effects of different classes of drugs. One trial of a drug belonging to the group called calcium channel blockers is still underway and the results, which are due in 2012, will help inform further studies.

Very little information was found for either primary or secondary prevention. More studies are needed to look at different blood pressure lowering drugs and their effects on the risk of developing PD. From these studies, particular potential drugs will be identified to go forward for clinical trials in patients who have PD, to see if they improve symptoms or slow down the disease. It is important that we have more information about the side effects for people with PD who are taking these drugs and that any benefits far outweigh any harms.