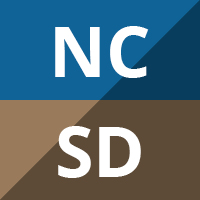 Obstructive sleep apnoea (OSA) is characterised by partial or complete upper airway obstruction during sleep. Approximately 1% to 4% of children are affected by OSA, with adenotonsillar hypertrophy being the most common underlying risk factor. Surgical removal of enlarged adenoids or tonsils is the currently recommended first‐line treatment for OSA due to adenotonsillar hypertrophy. Given the perioperative risk and an estimated recurrence rate of up to 20% following surgery, there has recently been an increased interest in less invasive alternatives to adenotonsillectomy. As the enlarged adenoids and tonsils consist of hypertrophied lymphoid tissue, anti‐inflammatory drugs have been proposed as a potential non‐surgical treatment option in children with OSA.

To assess the efficacy and safety of anti‐inflammatory drugs for the treatment of OSA in children.

We identified trials from searches of the Cochrane Airways Group Specialised Register, CENTRAL and MEDLINE (1950 to 2019). For identification of ongoing clinical trials, we searched ClinicalTrials.gov and the World Health Organization (WHO) trials portal.

We included five trials with a total of 240 children aged one to 18 years with mild to moderate OSA (AHI 1 to 30 per hour). All trials were performed in specialised sleep medicine clinics at tertiary care centres. Follow‐up time ranged from six weeks to four months.

Three RCTs (n = 137) compared intranasal steroids against placebo; two RCTs compared oral montelukast against placebo (n = 103). We excluded one trial from the meta‐analysis since the patients were not analysed as randomised. We also had concerns about selective reporting in another trial.

We are uncertain about the difference in AHI (MD −3.18, 95% CI −8.70 to 2.35) between children receiving intranasal corticosteroids compared to placebo (2 studies, 75 participants; low‐certainty evidence). In contrast, children receiving oral montelukast had a lower AHI (MD −3.41, 95% CI −5.36 to −1.45) compared to those in the placebo group (2 studies, 103 participants; moderate‐certainty evidence).

Adverse events were assessed and reported in all trials and were rare, of minor nature (e.g. nasal bleeding), and evenly distributed between study groups.

No study examined the avoidance of surgical treatment for OSA as an outcome.

There is insufficient evidence for the efficacy of intranasal corticosteroids for the treatment of OSA in children; they may have short‐term beneficial effects on the desaturation index and oxygen saturation in children with mild to moderate OSA but the certainty of the benefit on the primary outcome AHI, as well as the respiratory arousal index, was low due to imprecision of the estimates and heterogeneity between studies.

Montelukast has short‐term beneficial treatment effects for OSA in otherwise healthy, non‐obese, surgically untreated children (moderate certainty for primary outcome and moderate and high certainty, respectively, for two secondary outcomes) by significantly reducing the number of apnoeas, hypopnoeas, and respiratory arousals during sleep. In addition, montelukast was well tolerated in the children studied. The clinical relevance of the observed treatment effects remains unclear, however, because minimal clinically important differences are not yet established for polysomnography‐based outcomes in children.

Long‐term efficacy and safety data on the use of anti‐inflammatory medications for the treatment of OSA in childhood are still not available. In addition, patient‐centred outcomes like concentration ability, vigilance, or school performance have not been investigated yet.

There are currently no RCTs on the use of other kinds of anti‐inflammatory medications for the treatment of OSA in children.

Future RCTs should investigate sustainability of treatment effects, avoidance of surgical treatment for OSA, and long‐term safety of anti‐inflammatory medications for the treatment of OSA in children and include patient‐centred outcomes.

Obstructive sleep apnoea (OSA) is the partial or complete blockage of the upper airways during sleep. It affects about 1% to 4% of children. The most common underlying reason for OSA in childhood are enlarged adenoids or tonsils. The currently recommended treatment is surgical removal of the adenoids and tonsils. Treatment with anti‐inflammatory medications is an alternative, non‐surgical treatment in milder cases of OSA.

The aim of this review was to evaluate the evidence on the benefits and safety of anti‐inflammatory medications for the treatment of OSA in children between one and 16 years of age. The primary outcomes of the review were the number of breathing pauses and episodes of shallow breathing per hour of sleep (apnoea/hypopnoea index, AHI) and serious unintended effects of the medication.

We included five studies in the review. These studies each included 25 to 62 children between one and 11 years of age with mild to moderate OSA treated at specialised sleep outpatient clinics. The included studies used two different types of anti‐inflammatory medications. Seventy‐five children were randomised to receive either intranasal corticosteroid nasal spray or placebo. One hundred and three children were randomised to either montelukast tablet or placebo.

We are uncertain about the difference in the number of breathing pauses, episodes of shallow breathing, episodes with a lack of blood oxygen, or sleep disruption between children receiving corticosteroid nasal spray compared to placebo (2 studies involving 75 children).

Children receiving montelukast tablets had fewer breathing pauses, fewer episodes of shallow breathing, and less sleep disruption compared to those treated with placebo (2 studies involving 103 children). However, we are uncertain about the difference in the number of episodes with a lack of blood oxygen between the montelukast and placebo group.

The certainty of the evidence for corticosteroid nasal spray for the treatment of OSA was low for the primary outcome due to the wide range of the beneficial effect with some inconsistency of the effect between the two included studies. We excluded one study from the analysis due to serious concerns about the quality of the study results.

The evidence for the use of montelukast tablets in the treatment of OSA was of moderate certainty for the primary outcome. There were concerns about the design and conduct of one study and some inconsistency of the effect between the two included studies.

The evidence is current to October 2019.

There is insufficient evidence for the efficacy of intranasal corticosteroids for the treatment of OSA in children; they may have short‐term beneficial effects on the desaturation index and SpO₂ in children with mild to moderate OSA, but the certainty of the benefit on the primary outcome AHI as well as the respiratory arousal index was low due to imprecision of the estimates and heterogeneity between studies.Montelukast has a short‐term beneficial, clinically meaningful effect for the treatment of OSA in otherwise healthy, non‐obese, surgically untreated children by reducing the number of apnoeas, hypopnoeas, and arousals during sleep as well as by improving SpO₂ during sleep. There is moderate certainty for the primary outcome AHI and moderate and high certainty, respectively, for two secondary outcomes. Montelukast appeared to be well tolerated.

There are no RCTs on the use of other kinds of anti‐inflammatory medications for the treatment of OSA in children.

The limited evidence on the use of anti‐inflammatory medications for the treatment of OSA in childhood suggests that further research is warranted.We excluded a number of potentially eligible trials from this review because of the lack of polysomnographic assessment to ascertain the presence and severity of OSA. Future studies should use attended overnight polysomnography in a sleep laboratory to objectively diagnose OSA and assess treatment efficacy as recommended by current clinical guidelines (Iber 2007; Berry 2012).

The methodological quality of studies in this area could be improved. The validity of the findings may be limited due to selective outcome reporting and publication bias. Investigators should perform realistic sample size calculations based on pilot data, a priori define their primary outcome and adhere to it, and register their study prior to the start of patient recruitment. Cross‐over trials should be avoided when examining anti‐inflammatory medications for the treatment of OSA due to the long‐lasting effects of the drugs and the resulting carry‐over effect.

All trials included only had short‐term follow‐up time between six and 16 weeks post treatment, so the long‐term sustainability of the treatment effects remains unclear. Future studies should therefore use follow‐up periods of up to one year.

All outcomes in the included trials were of a clinical nature, and more patient‐centred outcomes have not been investigated. The primary reason many caregivers give to seek treatment for their children are concerns about loud snoring, poor sleep quality, daytime sleepiness, concentration deficits, impaired behavior, or poor school performance. Researchers should therefore include these outcomes as well as health‐related quality of life in future studies, in particular since there are validated instruments for these outcomes available (e.g. Pediatric Sleep Questionnaire, OSA‐18, Epworth Sleepiness Scale). Patient‐reported outcomes and health‐related quality of life should be included in future updates of the present review.