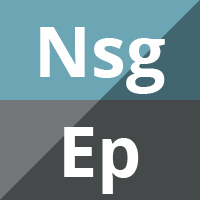 This is an updated version of the Cochrane Review previously published in 2018.

The incidence of seizures following supratentorial craniotomy for non‐traumatic pathology has been estimated to be between 15% to 20%; however, the risk of experiencing a seizure appears to vary from 3% to 92% over a five‐year period. Postoperative seizures can precipitate the development of epilepsy; seizures are most likely to occur within the first month of cranial surgery. The use of antiepileptic drugs (AEDs) administered pre‐ or postoperatively to prevent seizures following cranial surgery has been investigated in a number of randomised controlled trials (RCTs).

To determine the efficacy and safety of AEDs when used prophylactically in people undergoing craniotomy and to examine which AEDs are most effective.

For the latest update we searched the following databases on 29 September 2019: Cochrane Epilepsy Group Specialized Register, CENTRAL, MEDLINE, ClinicalTrials.gov, and the WHO International Clinical Trials Registry Platform (ICTRP). We did not apply any language restrictions.

We included RCTs of people with no history of epilepsy who were undergoing craniotomy for either therapeutic or diagnostic reasons. We included trials with adequate randomisation methods and concealment; these could either be blinded or unblinded parallel trials. We did not stipulate a minimum treatment period, and we included trials using active drugs or placebo as a control group.

Three review authors (JW, JG, YD) independently selected trials for inclusion, extracted data and assessed risk of bias. We resolved any disagreements through discussion. Outcomes investigated included the number of participants experiencing seizures (early (occurring within first week following craniotomy), and late (occurring after first week following craniotomy)), the number of deaths and the number of people experiencing disability and adverse effects. Due to the heterogeneous nature of the trials, we did not combine data from the included trials in a meta‐analysis; we presented the findings of the review in narrative format. Visual comparisons of outcomes are presented in forest plots.

We included 10 RCTs (N = 1815), which were published between 1983 and 2015. Three trials compared a single AED (phenytoin) with placebo or no treatment. One, three‐armed trial compared two AEDs (phenytoin, carbamazepine) with no treatment. A second three‐armed trial compared phenytoin, phenobarbital with no treatment. Of these five trials comparing AEDs with placebo or no treatment, two trials reported a statistically significant advantage for AED treatment compared to controls for early seizure occurrence; all other comparisons showed no clear or statistically significant differences between AEDs and control treatment. None of the trials that were head‐to‐head comparisons of AEDs (phenytoin versus sodium valproate, phenytoin versus phenobarbital, levetiracetam versus phenytoin, zonisamide versus phenobarbital) reported any statistically significant differences between treatments for either early or late seizure occurrence.

Only five trials reported incidences of death. One trial reported statistically significantly fewer deaths in the carbamazepine and no‐treatment groups compared with the phenytoin group after 24 months of treatment, but not after six months of treatment. Incidences of adverse effects of treatment were poorly reported; however, three trials did show that significantly more adverse events occurred on phenytoin compared to valproate, placebo, or no treatment. No trials reported any results relating to functional outcomes such as disability.

We considered the evidence to be of low certainty for all reported outcomes due to methodological issues and variability of comparisons made in the trials.

There is limited, low‐certainly evidence to suggest that AED treatment administered prophylactically is either effective or not effective in the prevention of postcraniotomy (early or late) seizures. The current evidence base is limited due to the different methodologies employed in the trials and inconsistencies in the reporting of outcomes including deaths and adverse events. Further evidence from good‐quality, contemporary trials is required in order to assess the clinical effectiveness of prophylactic AED treatment compared to placebo or no treatment, or other AEDs in preventing postcraniotomy seizures in this select group of patients.

The use of antiepileptic drugs to prevent seizures following brain surgery

This Cochrane Review examines the evidence for the effectiveness and safety of antiepileptic drugs (AEDs) when they are given to people who do not have epilepsy to prevent them experiencing seizures after craniotomy surgery (a type of brain surgery commonly used to remove brain tumours). We also planned to assess whether any particular AED is more effective in preventing seizures after craniotomy surgery.

People who undergo a type of brain surgery known as craniotomy may be at increased risk of experiencing seizures after craniotomy surgery. AEDs have been used in trials to prevent seizures occurring after surgery in people with no previous history of epilepsy. A small number of trials compared different AED treatments against each other, while others compared AEDs to a placebo (a pill that contains no medicine) or no‐treatment group.

We did not find any consistent evidence to suggest that preventative AED treatments are effective in reducing the number of seizures that occurred postsurgery, deaths or adverse effects.

Taking all the trials together, we considered that the certainty of the evidence was low due to potential problems with the designs of the trials. Also the differences in the designs of the trials relating to the treatments examined and the results reported meant that it was difficult to compare results across trials. This means that it is likely that the true results may be substantially different to those we found. Further good‐quality studies are needed to validate the findings mentioned above.