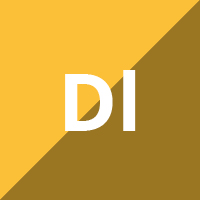 The use of benzodiazepines to treat adults with delirium, excluding patients being cared for in intensive care units (ICU)

Background: Delirium is a serious complication of many illnesses, which occurs most commonly in young children and older adults. It usually presents as a sudden change in a patient’s behaviour or mental state. Another name for it is ‘acute confusional state.’ Patients with delirium may not know where they are, what time it is, or what is happening to them. They may have frightening experiences, such as vivid hallucinations. They may become either restless or lethargic and inactive. Delirium can be very distressing for patients and for those who are caring for them. Studies show that about a third of patients on general medical wards develop delirium. It is a frequent complication after surgery (e.g. it happens in up to 60% of people who have surgery for a hip fracture). The effects of delirium can last for a long time. For older people, it can lead to longer hospital stays and it has been associated with increased risks of death, disability, loss of independence, and later dementia. It adds significantly to healthcare costs.

Benzodiazepines are medicines that are often used as sedatives. Sometimes, healthcare workers prescribe them to treat delirium when other strategies have not helped. Currently, it is not clear if benzodiazepines are an effective treatment for patients with delirium or whether they can harm them.

Review question: Patients need more and better treatment options for delirium. We wanted to know if benzodiazepines are a helpful treatment option for delirium in any healthcare setting except ICU (patients in ICU are very sick and they may need different kinds of treatment). To find the best answer, we looked for studies where the investigators compared any benzodiazepine to another medicine, or to a dummy medicine that does not contain any active ingredients (placebo). To make the comparison fair, patients in the studies must all have had the same random chance (like the flip of a coin) to receive the benzodiazepine or the other treatment.

Search date: We searched the medical literature up to 10 April 2019.

Study characteristics: We found only two small studies which were suitable to include in our review. In one study, the 58 patients who took part all had advanced cancer. They were treated in a specialist palliative care unit. The study compared lorazepam (a benzodiazepine) to placebo. In the second study, the 30 patients all had AIDS (acquired immune deficiency syndrome). They were treated in general medical wards. This study compared lorazepam to two different drugs that are sometimes used to treat delirium.

Key results: We did not find any important benefits for patients who took lorazepam instead of the other treatment in these two studies. Patients who took it did not have better outcomes. We do not have any definite evidence that lorazepam was more harmful than the other treatment, but, in the study of patients with AIDS, the researchers stopped treating people with lorazepam after the first six people who took it all had serious side effects. Because there were only two suitable studies and both had small numbers of patients in them, we cannot draw any firm conclusions. Currently, there is no good evidence to tell us whether or not benzodiazepines should be used to treat patients with delirium. Clinicians, patients, and carers should be aware of the lack of evidence. We think there is a need for more research, and particularly for studies that involve older patients in general medical and surgical settings, where most delirium is treated.