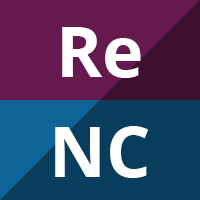 Cerebral palsy (CP) is “a group of permanent disorders of the development of movement and posture causing activity limitation(s) that are attributed to non-progressive disturbance that occurred in the developing fetal or infant brain” (Rosenbaum 2007, p.9). The spastic motor type is the most common form of CP. Therapeutic management may include splinting/casting, passive stretching, facilitation of posture/movement, spasticity-reducing medication and surgery. Botulinum toxin-A (BoNT-A) is now used as an adjunct to these techniques in an attempt to reduce spasticity, improve range of movement and function.

To assess the effectiveness of injections of BoNT-A or BoNT-A and occupational therapy in the treatment of the upper limb in children with CP.

Two authors using standardised forms extracted the data independently. Each trial was assessed for internal validity and rated for quality using the PEDro scale. Data were extracted and entered into RevMan 5.0.15.

A combination of BoNT-A and occupational therapy is more effective than occupational therapy alone in reducing impairment, improving activity level outcomes and goal achievement, but not for improving quality of life or perceived self-competence. When compared with placebo or no treatment, there is moderate evidence that BoNT-A alone is not effective.

This systematic review found high level evidence supporting the use of BoNT-A as an adjunct to managing the upper limb in children with spastic CP. BoNT-A should not be used in isolation but should be accompanied by planned occupational therapy.

Further research is essential to identify children most likely to respond to BoNT-A injections, monitor longitudinal outcomes, determine timing and effect of repeated injections and the most effective dosage, dilution and volume schedules. The most effective adjunct therapies including frequency and intensity of delivery also requires investigation.

There is high level evidence to support the safety and effectiveness of Botulinum toxin -A (BoNT-A) as an adjunct to managing the upper limb in children with cerebral palsy.

When injected into muscles BoNT-A reduces muscle tightness. When used in conjunction with occupational therapy, the aim of BoNT-A injections in the arms and hands is to improve movement and function in treated limbs. This review demonstrated improvements on a range of measures with the combined treatment. In the absence of significant side effects, injection of BoNT-A has been identified as a safe and effective treatment for upper limb spasticity when used in combination with occupational therapy in children with cerebral palsy.