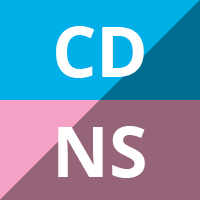 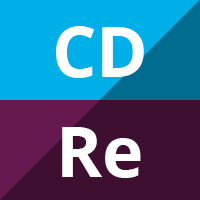 Abstract Background Carotid artery stenting is an alternative to carotid endarterectomy for the treatment of atherosclerotic carotid artery stenosis. This review updates a previous version first published in 1997 and subsequently updated in 2004, 2007, and 2012. Objectives To assess the benefits and risks of stenting compared with endarterectomy in people with symptomatic or asymptomatic […]

Abstract Background An occlusion or stenosis of intracranial large arteries can be detected in the acute phase of ischaemic stroke in about 42% of patients. The approved therapies for acute ischaemic stroke are thrombolysis with intravenous recombinant tissue plasminogen activator (rt‐PA), and mechanical thrombectomy; both aim to recanalise an occluded intracranial artery. The reference standard […]

Interventions for treating depression after stroke

Abstract Background Depression is an important morbidity associated with stroke that impacts on recovery yet often undetected or inadequately treated. This is an update and expansion of a Cochrane Review first published in 2004 and updated in 2008. Objectives Primary objective • To determine whether pharmacological therapy, non‐invasive brain stimulation, psychological therapy, or combinations of […]

Motor neuroprosthesis for promoting recovery of function after stroke

Abstract Background Motor neuroprosthesis (MN) involves electrical stimulation of neural structures by miniaturized devices to allow the performance of tasks in the natural environment in which people live (home and community context), as an orthosis. In this way, daily use of these devices could act as an environmental facilitator for increasing the activities and participation […]

Abstract Background Repetitive peripheral magnetic stimulation (rPMS) is a non‐invasive treatment method that can penetrate to deeper structures with painless stimulation to improve motor function in people with physical impairment due to brain or nerve disorders. rPMS for people after stroke has proved to be a feasible approach to improving activities of daily living and […]

Abstract Background Stroke is a major cause of adult disability. Selective serotonin reuptake inhibitors (SSRIs) have been used for many years to manage depression and other mood disorders after stroke. The 2012 Cochrane Review of SSRIs for stroke recovery demonstrated positive effects on recovery, even in people who were not depressed at randomisation. A large […]

Abstract Background Many survivors of stroke report attentional impairments, such as diminished concentration and distractibility. However, the effectiveness of cognitive rehabilitation for improving these impairments is uncertain.This is an update of the Cochrane Review first published in 2000 and previously updated in 2013. Objectives To determine whether people receiving cognitive rehabilitation for attention problems 1. […]