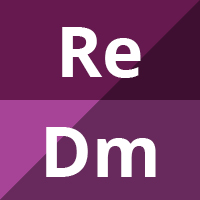 Cognitive stimulation to improve cognitive functioning in people with dementia

Cognitive stimulation is an intervention for people with dementia which offers a range of enjoyable activities providing general stimulation for thinking, concentration and memory usually in a social setting, such as a small group. Its roots can be traced back to Reality Orientation (RO), which was developed in the late 1950s as a response to confusion and disorientation in older patients in hospital units in the USA. RO emphasised the engagement of nursing assistants in a hopeful, therapeutic process but became associated with a rigid, confrontational approach to people with dementia, leading to its use becoming less and less common.

There is often little consistency in the application and availability of psychological therapies in dementia services, so a systematic review of the available evidence regarding cognitive stimulation is important in order to identify its effectiveness and to place practice recommendations on a sound evidence base.

To evaluate the effectiveness and impact of cognitive stimulation interventions aimed at improving cognition for people with dementia, including any negative effects.

The trials were identified from a search of the Cochrane Dementia and Cognitive Improvement Group Specialized Register, called ALOIS (updated 6 December 2011). The search termsused were: cognitive stimulation, reality orientation, memory therapy, memory groups, memory support, memory stimulation, global stimulation, cognitive psychostimulation. Supplementary searches were performed in a number of major healthcare databases and trial registers to ensure that the search was up to date and comprehensive.

All randomised controlled trials (RCTs) of cognitive stimulation for dementia which incorporated a measure of cognitive change were included.

Fifteen RCTs were included in the review. Six of these had been included in the previous review of RO. The studies included participants from a variety of settings, interventions that were of varying duration and intensity, and were from several different countries. The quality of the studies was generally low by current standards but most had taken steps to ensure assessors were blind to treatment allocation. Data were entered in the meta-analyses for 718 participants (407 receiving cognitive stimulation, 311 in control groups). The primary analysis was on changes that were evident immediately at the end of the treatment period. A few studies provided data allowing evaluation of whether any effects were subsequently maintained. A clear, consistent benefit on cognitive function was associated with cognitive stimulation (standardised mean difference (SMD) 0.41, 95% CI 0.25 to 0.57). This remained evident at follow-up one to three months after the end of treatment. In secondary analyses with smaller total sample sizes, benefits were also noted on self-reported quality of life and well-being (standardised mean difference: 0.38 [95% CI: 0.11, 0.65]); and on staff ratings of communication and social interaction (SMD 0.44, 95% CI 0.17 to 0.71). No differences in relation to mood (self-report or staff-rated), activities of daily living, general behavioural function or problem behaviour were noted. In the few studies reporting family caregiver outcomes, no differences were noted. Importantly, there was no indication of increased strain on family caregivers in the one study where they were trained to deliver the intervention.

There was consistent evidence from multiple trials that cognitive stimulation programmes benefit cognition in people with mild to moderate dementia over and above any medication effects. However, the trials were of variable quality with small sample sizes and only limited details of the randomisation method were apparent in a number of the trials. Other outcomes need more exploration but improvements in self-reported quality of life and well-being were promising. Further research should look into the potential benefits of longer term cognitive stimulation programmes and their clinical significance.

People with dementia and their caregivers are often advised that ‘mental exercise’ may be helpful in slowing down the decline in memory and thinking experienced by many people with dementia. This review examined the evidence for one form of mental exercise, described as cognitive stimulation. This involves a wide range of activities that aim to stimulate thinking and memory generally, including discussion of past and present events and topics of interest, word games, puzzles, music and practical activities such as baking or indoor gardening. Typically this is carried out by trained staff with a small group of four or five people with dementia for around 45 minutes at least twice a week. Family caregivers have also been trained to provide cognitive stimulation to their relative on a one-to-one basis.

This review included 15 trials with a total of 718 participants. The findings suggested that cognitive stimulation has a beneficial effect on the memory and thinking test scores of people with dementia. Although based on a smaller number of studies, there was evidence that the people with dementia who took part reported improved quality of life. They were reported to communicate and interact better than previously. No evidence was found of improvements in the mood of participants or their ability to care for themselves or function independently, and there was no reduction in behaviour found difficult by staff or caregivers. Family caregivers, including those who were trained to deliver the intervention, did not report increased levels of strain or burden.

The trials included people in the mild to moderate stages of dementia and the intervention does not appear to be appropriate for people with severe dementia. More research is needed to find out how long the effects of cognitive stimulation last and for how long it is beneficial to continue the stimulation. Involving family caregivers in the delivery of cognitive stimulation is an interesting development and merits further evaluation.

Comments Off on Cognitive stimulation to improve cognitive functioning in people with dementia
Previous Article
Aspirin, steroidal and non-steroidal anti-inflammatory drugs for the treatment of Alzheimer’s disease
Next Article
Functional analysis-based interventions for challenging behaviour in dementia