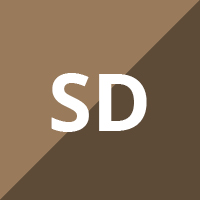 Effects of opioid, hypnotic and sedating medications on sleep-disordered breathing in adults with obstructive sleep apnoea

Obstructive sleep apnoea (OSA) is a common sleep disorder characterised by partial or complete upper airway occlusion during sleep, leading to intermittent cessation (apnoea) or reduction (hypopnoea) of airflow and dips in arterial oxygen saturation during sleep. Many patients with recognised and unrecognised OSA receive hypnotics, sedatives and opiates/opioids to treat conditions including pain, anxiety and difficulty sleeping. Concerns have been expressed that administration of these drugs to people with co-existing OSA may worsen OSA.

To investigate whether administration of sedative and hypnotic drugs exacerbates the severity of OSA (as measured by the apnoea-hypopnoea index (AHI) or the 4% oxygen desaturation index (ODI)) in people with known OSA.

We searched the Cochrane Airways Group Specialised Register (CAGR) of trials. The search was current as of March 2015.

We used standard methodological procedures as recommended by The Cochrane Collaboration.

Fourteen studies examining the effects of 10 drugs and including a total of 293 participants contributed to this review. Trials were small, with only two trials, which used sodium oxybate, recruiting more than 40 participants, and all but three trials were of only one to three nights in duration. Most participants had mild to moderate OSA with a mean AHI of 11 to 25 events/h, and only two trials recruited patients with severe OSA. Two trials investigating the effects of ramelteon, a treatment option for insomnia, recruited adults over 60 years of age with OSA and concomitant insomnia.

None of the drugs in this review produced a significant increase in AHI or ODI. Two trials have shown a beneficial effect on OSA. One study showed that a single administration of eszopiclone 3 mg significantly decreased AHI compared with placebo (24 ± 4 vs 31 ± 5; P value < 0.05), and a second study of sodium oxybate 4.5 g showed a significant decrease in AHI compared with placebo (mean difference (MD) -7.41, 95% confidence interval (CI) -14.17 to -0.65; N = 48).

The findings of this review show that currently no evidence suggests that the pharmacological compounds assessed have a deleterious effect on the severity of OSA as measured by change in AHI or ODI. Significant clinical and statistical decreases in minimum overnight SpO2 were observed with remifentanil, zolpidem 20 mg and triazolam 0.25 mg. Eszopiclone 3 mg and sodium oxybate 4.5 g showed a beneficial effect on the severity of OSA with a reduction in AHI and may merit further assessment as a potential therapeutic option for a subgroup of patients with OSA. Only one trial assessed the effect of an opioid (remifentanil); some studies included CPAP treatment, whilst in a significant number of participants, previous treatment with CPAP was not stated and thus a residual treatment effect of CPAP could not be excluded. Most studies were small and of short duration, with indiscernible methodological quality.Caution is therefore required when such agents are prescribed for patients with OSA, especially outside the severity of the OSA cohorts and the corresponding dose of compounds given in the particular studies. Larger, longer trials involving patients across a broader spectrum of OSA severity are needed to clarify these results.

Obstructive sleep apnoea (OSA) is a common sleep disorder characterised by intermittent apnoeas (pauses in breathing) leading to dips in oxygen levels in the blood during sleep. Many people with known or unknown (undiagnosed) OSA receive hypnotics, sedatives and opiate/opioid drugs to treat other conditions including pain, anxiety and difficulty sleeping. Opiates/opioids are commonly prescribed to treat pain after major surgery. These drugs might make sleep apnoea worse – increasing the frequency and duration of apnoeas.

We set out to look at evidence derived from randomised placebo-controlled trials to identify the risks of these drugs for patients with known OSA.

We searched and reviewed all randomised placebo-controlled trials involving adult patients with known OSA who received these drugs. Most of the trials were short at just one or two nights’ duration, involved only a small number of patients and used poorly described methodology. Therefore it was difficult to find out the exact effects of these drugs on patients with OSA.

We found 14 studies examining the effects of 10 drugs in trials including 293 people.

Opiates and opioids (treatment of acute and chronic pain)

Remifentanil infusion did not significantly change severity of OSA as measured by numbers and duration of pauses in breathing during sleep, but it significantly lowered minimum oxygen levels during the night when compared with placebo.

Eszopiclone did not worsen OSA as measured by the numbers and duration of pauses in breathing during sleep. In one study, it reduced the severity of OSA, and it might be beneficial in treating this condition, although further studies are needed to assess this effect.

Zolpidem did not significantly worsen OSA as measured by the numbers and duration of pauses in breathing during sleep, but in one trial, it significantly lowered minimum oxygen levels during the night when compared with placebo.

None of the drugs examined had significantly worsened OSA as measured by the numbers and duration of pauses in breathing during sleep. In small, single-night studies, zolpidem 20 mg, flurazepam 20 mg and triazolam 0.25 mg showed a tendency to increase numbers and duration of pauses during sleep, which was not statistically significant, but these drugs significantly lowered minimum oxygen levels during the night when compared with placebo.

Sodium oxybate (a treatment for narcolepsy, a condition causing excessive sleepiness during the day)

Sodium oxybate was compared with placebo in two trials. Results showed that sodium oxybate did not worsen OSA as measured by the numbers and duration of pauses in breathing during sleep. In one study, sodium oxybate 4.5 g reduced the severity of OSA and might have proved beneficial in treating this condition, although further studies are needed to assess this effect.

Ramelteon (a treatment drug for insomnia)

Ramelteon was assessed in older adults, over 60 years of age, with OSA and insomnia and was found not to worsen OSA.

Results of this review show that the drugs studied do not worsen the severity of OSA as measured by the numbers and duration of pauses in breathing during sleep, but significant clinical and statistical decreases in minimum oxygen levels during the night were observed with remifentanil, zolpidem and triazolam; therefore prescribing these drugs for patients with OSA still warrants caution. Sodium oxybate 4.5 g and eszopiclone reduced the severity of OSA and might be beneficial in treating this condition; nonetheless further studies are needed to support these results.

The long-term effect and potential side effects of sedative drugs in people with OSA need to be assessed in larger, longer and methodologically robust studies.

Comments Off on Effects of opioid, hypnotic and sedating medications on sleep-disordered breathing in adults with obstructive sleep apnoea
Previous Article
Music for insomnia in adults
Next Article
Non-pharmacological interventions for sleep promotion in the intensive care unit