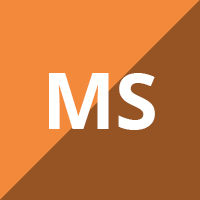 Immunomodulators and immunosuppressants for multiple sclerosis: a network meta-analysis

Different therapeutic strategies are available for treatment of multiple sclerosis (MS) including immunosuppressants, immunomodulators, and monoclonal antibodies. Their relative effectiveness in the prevention of relapse or disability progression is unclear due to the limited number of direct comparison trials. A summary of the results, including both direct and indirect comparisons of treatment effects, may help to clarify the above uncertainty.

To estimate the relative efficacy and acceptability of interferon ß-1b (IFNß-1b) (Betaseron), interferon ß-1a (IFNß-1a) (Rebif and Avonex), glatiramer acetate, natalizumab, mitoxantrone, methotrexate, cyclophosphamide, azathioprine, intravenous immunoglobulins, and long-term corticosteroids versus placebo or another active agent in participants with MS and to provide a ranking of the treatments according to their effectiveness and risk-benefit balance.

We searched the Cochrane Database of Systematic Reviews, the Cochrane MS Group Trials Register, and the Food and Drug Administration (FDA) reports. The most recent search was run in February 2012.

Randomized controlled trials (RCTs) that studied one of the 11 treatments for use in adults with MS and that reported our pre-speciﬁed efficacy outcomes were considered for inclusion.

Disability progression was based on surrogate markers in the majority of included studies and was unavailable for RRMS beyond two to three years. The pairwise meta-analysis suggested, with moderate quality evidence, that natalizumab and IFNß-1a (Rebif) probably decreased the odds of the participants with RRMS having disability progression at two years’ follow-up, with an absolute reduction of 14% and 10%, respectively, compared to placebo. Natalizumab and IFNß-1b (Betaseron) were significantly more effective (OR 0.62, 95% CI 0.49 to 0.78; OR 0.35, 95% CI 0.17 to 0.70, respectively) than IFNß-1a (Avonex) in reducing the number of the participants with RRMS who had progression at two years’ follow-up, and confidence in this result was graded as moderate. From the network meta-analyses, mitoxantrone appeared to be the most effective agent in decreasing the odds of the participants with RRMS having progression at two years’ follow-up, but our confidence was very low for direct comparison of mitoxantrone vs placebo. Both pairwise and network meta-analysis revealed that none of the individual agents included in this review were effective in preventing disability progression over two or three years in patients with progressive MS.

There was not a dose-effect relationship for any of the included treatments with the exception of mitoxantrone.

Our review should provide some guidance to clinicians and patients. On the basis of high quality evidence, natalizumab and IFNß-1a (Rebif) are superior to all other treatments for preventing clinical relapses in RRMS in the short-term (24 months) compared to placebo. Moderate quality evidence supports a protective effect of natalizumab and IFNß-1a (Rebif) against disability progression in RRMS in the short-term compared to placebo. These treatments are associated with long-term serious adverse events and their benefit-risk balance might be unfavourable. IFNß-1b (Betaseron) and mitoxantrone probably decreased the odds of the participants with RRMS having relapses, compared with placebo (moderate quality of evidence). The benefit-risk balance with azathioprine is uncertain, however this agent might be effective in decreasing the odds of the participants with RRMS having relapses and disability progression over 24 to 36 months, compared with placebo. The lack of convincing efficacy data shows that IFNß-1a (Avonex), intravenous immunoglobulins, cyclophosphamide and long-term steroids have an unfavourable benefit-risk balance in RRMS. None of the included treatments are effective in decreasing disability progression in patients with progressive MS. It is important to consider that the clinical effects of all these treatments beyond two years are uncertain, a relevant point for a disease of 30 to 40 years duration. Direct head-to-head comparison(s) between natalizumab and IFNß-1a (Rebif) or between azathioprine and IFNß-1a (Rebif) should be top priority on the research agenda and follow-up of the trial cohorts should be mandatory.

Several immunotherapies have been used to treat MS, but their relative effectiveness is unclear due to the limited number of direct comparison studies. The authors of this review tried to assess the efficacy and the extent of adverse events of immunotherapies commonly used in people with MS. Eleven agents were studied, interferon ß-1b (IFNß-1b) (Betaseron), IFNß-1a (Rebif and Avonex), glatiramer acetate, natalizumab, mitoxantrone, methotrexate, cyclophosphamide, azathioprine, immunoglobulins, and long-term corticosteroids.

Forty-four studies up to 2010 have been included in this review, comprising a total of 17,401 adults suffered from the relapsing-remitting (RRMS) and the progressive types (PrMS) of MS. The treatments were short-term, the median duration being 24 months.

The results show that:

– there is high quality evidence that both natalizumab and IFNß-1a (Rebif) can reduce relapses and disability progression compared to placebo; and they are also more effective than IFNß-1a (Avonex) in people with RRMS. Natalizumab can induce progressive multifocal leukoencephalopathy, especially with more than two years of treatment;

– IFNß-1b (Betaseron), glatiramer acetate, and mitoxantrone may also prevent relapse and disability progression in people with RRMS. These treatments are associated with possible medium and long-term side effects, and the risk-benefit balance might be unfavourable;

– there are insufficient high quality data to clarify whether there is a favourable risk-benefit balance using azathioprine;

– nine drugs (IFNß-1b (Betaseron), IFNß-1a (Avonex and Rebif), glatiramer acetate, mitoxantrone, methotrexate, cyclophosphamide, intravenous immunoglobulins, and long-term corticosteroids) were also studied in people with PrMS. Few studies were of high quality and no drug was shown to be effective in preventing disability progression in people with PrMS.

It is important to consider that the efficacy and the risk-benefit of all these treatments beyond two years are uncertain, and this is a very relevant point for a lifetime disease such as MS. Thus, studies on the long-term efficacy and safety of immunotherapies for MS are urgently needed. It is also worth considering that more than 70% of the included studies were sponsored by pharmaceutical companies. This could have affected the results of this review.