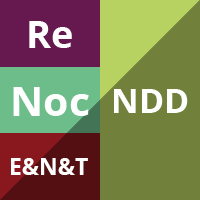 Immunonutrition for patients undergoing surgery for head and neck cancer

Patients with head and neck cancer are often malnourished. Surgery for such cancers is complex and may be undertaken after a course of radiotherapy. As a result, patients may have postoperative complications such as fistulae and wound infections, as well as more generalised infections such as pneumonia. One possible way to enhance recovery, and reduce the incidence of these complications, is by improving nutrition. Nutritional formulas that deliver basic nutrients as well as amino acids (arginine and glutamine), ribonucleic acid (RNA) and/or lipids (omega‐3 fatty acids) are known as immunonutrition.

We included randomised controlled trials (RCTs) comparing immunonutrition given either preoperatively, postoperatively or perioperatively to adult patients (18 years of age or older)undergoing an elective surgical procedure for head and neck cancer, compared with a control group receiving either standard polymeric nutritional supplements or no supplements.

We used the standard methodological procedures expected by Cochrane. The primary outcomes were: length of hospital stay (days), wound infection, fistula formation and adverse events/tolerance of feeds, as defined by trial authors. Secondary outcomes were: all‐cause mortality and postoperative complications (as defined by trial authors). We used GRADE to assess the quality of the evidence for each outcome; this is indicated in italics.

We included 19 RCTs (1099 participants). The mean age of participants ranged from 47 to 66 years. Most studies (12/19) had fewer than 25 patients in each treatment group. Most studies (16/19) used immunonutrition formulas containing arginine, but there was variation in the actual products and amounts used, and in the length of intervention postoperatively. Follow‐up time for outcome measurement varied considerably across studies, ranging from five days to greater than or equal to 16 months.

We found no evidence of a difference between treatments in all‐cause mortality (RR 1.33, 95% CI 0.48 to 3.66; 14 studies, 776 participants; low‐quality evidence). Other postoperative complications such as pneumonia and urinary tract infections were not commonly reported.

The risk of postoperative fistula formation may be reduced with immunonutrition, but we found no evidence of an effect of immunonutrition on any of the other outcomes that we assessed. The studies included in this review were generally small or at high risk of bias (or both). We judged the overall quality of the evidence to be low for the outcomes length of hospital stay and all‐cause mortality, and very low for wound infection and adverse events. Further research should include larger, better quality studies.

Immunonutrition for patients undergoing surgery for head and neck cancer

This review compared how people recover after surgery for head and neck cancer if they have been given either ‘immunonutrition‘ or a standard feed before and after or only after thesurgery. We looked at how long people stayed in hospital, whether they had any complications and how many people in each treatment group died.

Head and neck cancer surgery usually means surgery to treat cancer of the mouth, throat or larynx (voice box). The surgery is complicated and people often experience problems such as wound infections and wound breakdown, as well as infections such as pneumonia. These can lead to a longer stay in hospital. Specific nutrients, for example amino acids (found in protein‐based foods), omega‐3 fatty acids (often found in fish oils) and nucleotides (found in many foods) have been investigated for their role in helping people recover from surgery. When any of these specific nutrients are added to the patient‘s feed it is called immunonutrition. We wanted to see whether feeding people immunonutrition improved recovery (for example, led to a shorter length of stay and fewer complications) when compared with a standard feed.

We included 19 studies that recruited 1099 adults in total (studies ranged in size from 8 to 209 participants, but most (12 out of 19) had fewer than 25 participants per treatment group). The studies focused on people who were given immunonutrition or a standard feed before and after or only after their surgery. The studies varied in the length of time over which people were given the feeds, but this was usually at least five days. The evidence is current to February 2018.

We did not find evidence of a difference in the length of hospital stay but there was wide variation between the individual studies in what they showed. We found some evidence that people who had immunonutrition may be about half as likely to have breakdown of their surgical wound called a fistula (a channel between the inside of the throat and the surface skin). We found no evidence that immunonutrition had any effect on wound infection (but not all studies were clear in how they measured this) or death. Study feeds were generally well tolerated and there was no evidence of a difference in adverse events such as diarrhoea between treatment groups. Other clinical complications such as pneumonia and urinary tract infections were not commonly reported, but there was little evidence of a reduction withimmunonutrition.

Most studies included in this review were small and poorly reported, which means that their results may be less reliable. More studies are needed that are larger, of better quality and conducted within current healthcare systems.