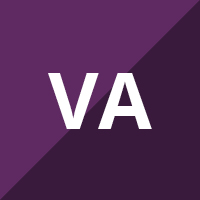 Therapist‐delivered trauma‐focused psychological therapies are an effective treatment for post‐traumatic stress disorder (PTSD). These have become the accepted first‐line treatments for the disorder. Despite the established evidence‐base for these therapies, they are not always widely available or accessible. Many barriers limit treatment uptake, such as the limited number of qualified therapists to deliver the interventions, cost, and compliance issues, such as time off work, childcare, and transportation, associated with the need to attend weekly appointments. Delivering cognitivebehavioural therapy (CBT) on the Internet is an effective and acceptable alternative to therapist‐delivered treatments for anxiety and depression. However, fewer Internet‐based therapies have been developed and evaluated for PTSD, and uncertainty surrounds the efficacy of Internet‐based cognitive and behavioural therapy (I‐C/BT)for PTSD.

To assess the effects of I‐C/BT for PTSD in adults.

We searched the Cochrane Common Mental Disorders Group’s Specialised Register (CCMDCTR) to June 2016 and identified fourstudies meeting the inclusion criteria. The CCMDCTR includes relevant randomised controlled trials (RCT) from MEDLINE, Embase, and PsycINFO. We also searched online clinical trial registries and reference lists of included studies, and contacted researchers in the field to identify additional and ongoing studies. We ran an update search on 1 March 2018, and identified four additional completed studies, which we added to the analyses along with two that were previously awaiting classification.

We searched for RCTs of I‐C/BT compared to face‐to‐face orInternet‐based psychological treatment, psychoeducation, wait list or care as usual. We included studies of adults (aged over 16 years or over), in which at least 70% of the participants met the diagnostic criteria for PTSD, according to the Diagnostic and Statistical Manual (DSM) or the International Classification of Diseases (ICD).

We entered data into Review Manager 5 software. We analysed categorical outcomes as risk ratios (RRs), and continuous outcomes as mean differences (MD) or standardised mean differences (SMDs), with 95% confidence intervals (CI). We pooled data with a fixed‐effect meta‐analysis, except where heterogeneity was present, inwhich case we used a random‐effects model. Two review authors independently assessed the included studies for risk of bias; any conflicts were discussed with a third author, with the aim of reaching a unanimous decision.

We included 10 studies with 720 participants in the review. Eight of the studies compared I‐C/BT delivered with therapist guidance to a wait list control. Two studies compared guided I‐C/BT with I‐non‐C/BT. There was considerable heterogeneity among the included studies.

None of the included studies reported on cost‐effectiveness or adverse events.

While the review found some beneficial effects of I‐C/BT for PTSD, the quality of the evidence was very low due to the small number of included trials. Further work is required to: establish non‐inferiority to current first‐line interventions, explore mechanisms of change, establish optimal levels of guidance, explore cost‐effectiveness, measure adverse events, and determine predictors of efficacy and dropout.

Why was this review important?

Post‐traumatic stress disorder, or PTSD, is a common mental illness that can occur after a serious traumatic event. Symptoms include re‐experiencing the trauma as nightmares, flashbacks, and distressing thoughts; avoiding reminders of the traumatic event; experiencing negative changes to thoughts and mood; and hyperarousal, which includes feeling on edge, being easily startled, feeling angry, having difficulties sleeping, and problems concentrating. PTSD can be treated effectively with talking therapies that focus on the trauma. Some of the most effective therapies are those based on cognitivebehavioural therapy (CBT). Unfortunately, there are a limited number of qualified therapists who are able to deliver these therapies. There are also other factors that limit access to treatment, such as taking time off work to attend appointments, and transportation issues.

An alternative is to deliver psychological therapy on the Internet, with or without guidance from a therapist. Internet‐based cognitiveand behavioural therapies (I‐C/BT) have received a great deal of attention, and are now used routinely to treat depression and anxiety. There have been fewer studies of I‐C/BT for PTSD, and we do not yet know whether they are effective.

• People with PTSD and their loved ones.

What questions did this review try to answer?

In adults with PTSD, we tried to find out if I‐C/BT:

• was as effective as psychological therapies delivered by a therapist;

• was more effective than other psychological therapies delivered online; or

• was more effective than education about the condition delivered online, at reducing symptoms of PTSD, and improving quality of life; or

Which studies were included in the review?

We searched for randomised controlled trials (clinical studies where people are randomly put into one of two or more treatment groups) that examined I‐C/BT for adults with PTSD, published between 1970 and 2 March 2018.

We included 10 studies with 720 participants.

What did the evidence from the review tell us?

• Very low‐quality evidence from two studies found no significant difference between I‐C/BT and another type of psychological therapy delivered online.

• We found no studies that compared I‐C/BT to psychological therapy delivered by a therapist, or education about the condition delivered online.

• We found no evidence to tell us whether people who received I‐C/BT felt it was an acceptable treatment, or whether it was effectivein improving quality of life.

• We found no studies that reported on the cost effectiveness of I‐C/BT.

What should happen next?

The current evidence base is small. More studies are needed to decide if I‐C/BT should be used routinely for the treatment of PTSD.