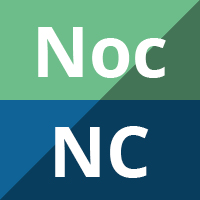 Patients with newly diagnosed high-risk (HR) neuroblastoma (NBL) still have a poor outcome, despite multi-modality intensive therapy. This poor outcome necessitates the search for new therapies, such as treatment with 131I-meta-iodobenzylguanidine (131I-MIBG).

To assess the efficacy and adverse effects of 131I-MIBG therapy in patients with newly diagnosed HR NBL.

We searched the following electronic databases: the Cochrane Central Register of Controlled Trials (CENTRAL; the Cochrane Library 2016, Issue 3), MEDLINE (PubMed) (1945 to 25 April 2016) and Embase (Ovid) (1980 to 25 April 2016). In addition, we handsearched reference lists of relevant articles and reviews. We also assessed the conference proceedings of the International Society for Paediatric Oncology, Advances in Neuroblastoma Research and the American Society of Clinical Oncology; all from 2010 up to and including 2015. We scanned the International Standard Randomized Controlled Trial Number (ISRCTN) Register (www.isrctn.com) and the National Institutes of Health Register for ongoing trials (www.clinicaltrials.gov) on 13 April 2016.

We identified two eligible cohort studies including 60 children with newly diagnosed HR NBL. All studies had methodological limitations, with regard to both internal (risk of bias) and external validity. As the studies were not comparable with regard to prognostic factors and treatment (and often used different outcome definitions), pooling of results was not possible. In one study, the objective response rate (ORR) was 73% after surgery; the median overall survival was 15 months (95% confidence interval (CI) 7 to 23); five-year overall survival was 14.6%; median event-free survival was 10 months (95% CI 7 to 13); and five-year event-free survival was 12.2%. In the other study, the ORR was 56% after myeloablative therapy and autologous stem cell transplantation; 10-year overall survival was 6.25%; and event-free survival was not reported. With regard to short-term adverse effects, one study showed a prevalence of 2% (95% CI 0% to 13%; best-case scenario) for death due to myelosuppression. After the first cycle of 131I-MIBG therapy in one study, platelet toxicity occurred in 38% (95% CI 18% to 61%), neutrophil toxicity in 50% (95% CI 28% to 72%) and haemoglobin toxicity in 69% (95% CI 44% to 86%); after the second cycle this was 60% (95% CI 36% to 80%) for platelets and neutrophils and 53% (95% CI 30% to 75%) for haemoglobin. In one study, the prevalence of hepatic toxicity during or within four weeks after last the MIBG treatment was 0% (95% CI 0% to 9%; best-case scenario). Neither study reported cardiovascular toxicity and sialoadenitis. One study assessed long-term adverse events in some of the children: there was elevated plasma thyroid-stimulating hormone in 45% (95% CI 27% to 65%) of children; in all children, free T4 was within the age-related normal range (0%, 95% CI 0% to 15%). There were no secondary malignancies observed (0%, 95% CI 0% to 9%), but only five children survived more than four years.

We reviewed the evidence of the effectiveness and side effects of 131I-meta-iodobenzylguanidine (131I-MIBG) therapy in patients with newly diagnosed high-risk (HR) neuroblastoma (NBL).

NBL is a rare solid cancer that develops from special nerves cells. Patients with newly diagnosed HR NBL have a poor outcome, despite intensive treatments such as high-dose chemotherapy to kill the cancer and surgery. This poor outcome needs research to look for new therapies, such as treatment with 131I-MIBG, which is a type of targeted radiotherapy (radiation directed at the cancer without causing too much damage to surrounding area).

The evidence is current to April 2016.

We found two cohort studies (where a group of people (the cohort) is followed over time, to examine different treatments received and subsequent outcomes) looking at 131I-MIBG treatment in 60 children with newly diagnosed HR NBL.

The studies were not comparable with regard to the children, the ways they were treated and the ways the different outcomes were defined and so it was impossible to combine the results in an analysis. Not all relevant outcome results were available.

The percentages of children whose cancer reduced or disappeared after treatment (response rate) were 56% and 73% in the two studies, but survival was still poor: overall survival (length of time that the child remained alive) was about 15 months, event-free survival (time during which there were no objective signs of tumor recurrence) was about 10 months. Overall survival five years after treatment was 14.6%, and after 10 years was 12.2%.

With regard to short-term side effects, there were some low blood cell counts. There was no liver toxicity. The studies did not report on heart problems and infections of the salivary glands. One study assessed long-term side effects in some of the children: there was some evidence of thyroid (a gland in the neck) problems, which was brief in three children, but remained high in seven children, of whom five were prescribed medicine. There were no secondary cancers (where a different type of cancer has returned following the original cancer).

Based on the currently available evidence, we cannot make recommendations for the use of 131I-MIBG therapy in patients with newly diagnosed HR NBL in clinical practice. More high-quality research is needed before definite conclusions can be made.

All studies had problems relating to quality of the evidence.