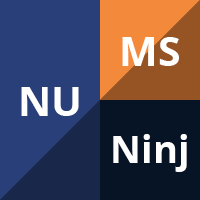 People with central neurological disease or injury have a much higher risk of both faecal incontinence and constipation than the general population. There is often a fine line between the two symptoms, with any management intended to ameliorate one risking precipitating the other. Bowel problems are observed to be the cause of much anxiety and may reduce quality of life in these people. Current bowel management is largely empirical, with a limited research base. This is an update of a Cochrane review first published in 2001 and subsequently updated in 2003 and 2006. The review is relevant to individuals with any disease directly and chronically affecting the central nervous system (post-traumatic, degenerative, ischaemic or neoplastic), such as multiple sclerosis, spinal cord injury, cerebrovascular disease, Parkinson’s disease and Alzheimer’s disease.

To determine the effects of management strategies for faecal incontinence and constipation in people with a neurological disease or injury affecting the central nervous system.

We searched the Cochrane Incontinence Group Trials Register (searched 8 June 2012), which includes searches of the Cochrane Central Register of Controlled Trials (CENTRAL), MEDLINE and MEDLINE In-Process as well as handsearching of journals and conference proceedings; and all reference lists of relevant articles.

Randomised and quasi-randomised trials evaluating any type of conservative or surgical intervention for the management of faecal incontinence and constipation in people with central neurological disease or injury were selected. Specific therapies for the treatment of neurological diseases that indirectly affect bowel dysfunction were also considered.

At least two review authors independently assessed the risk of bias of eligible trials and independently extracted data from the included trials using a range of pre-specified outcome measures.

Five studies reported the use of cisapride and tegaserod in people with spinal cord injuries or Parkinson’s disease. These drugs have since been withdrawn from the market due to adverse effects; as they are no longer available they have been removed from this review.

There was evidence from one small trial with 31 participants that abdominal massage statistically improved the number of bowel motions in people who had a stroke compared with no massage (MD 1.7 bowel motions per week, 95% CI 2.22 to 1.18). A small feasibility trial including 30 individuals with multiple sclerosis also found evidence to support the use of abdominal massage. Constipation scores were statistically better with the abdominal massage during treatment although this was not supported by a change in outcome measures (for example the neurogenic bowel dysfunction score).

There was evidence from one trial with a low risk of bias that for people with spinal cord injury transanal irrigation, compared against conservative bowel care, statistically improved constipation scores, neurogenic bowel dysfunction score, faecal incontinence score and total time for bowel care (MD 27.4 minutes, 95% CI 7.96 to 46.84). Patients were also more satisfied with this method.

In one trial in stroke patients, there appeared to be a short term benefit (less than six months) to patients in terms of the number of bowel motions per week with a one-off educational intervention from nurses (a structured nurse assessment leading to targeted education versus routine care), but this did not persist at 12 months. A trial in individuals with spinal cord injury found that a stepwise protocol did not reduce the need for oral laxatives and manual evacuation of stool.

Finally, one further trial reported in abstract form showed that oral carbonated water (rather than tap water) improved constipation scores in people who had had a stroke.

There is still remarkably little research on this common and, to patients, very significant issue of bowel management. The available evidence is almost uniformly of low methodological quality. The clinical significance of some of the research findings presented here is difficult to interpret, not least because each intervention has only been addressed in individual trials, against control rather than compared against each other, and the interventions are very different from each other.

There was very limited evidence from individual trials in favour of a bulk-forming laxative (psyllium), an isosmotic macrogol laxative, abdominal massage, electrical stimulation and an anticholinesterase-anticholinergic drug combination (neostigmine-glycopyrrolate) compared to no treatment or controls. There was also evidence in favour of transanal irrigation (compared to conservative management), oral carbonated (rather than tap) water and abdominal massage with lifestyle advice (compared to lifestyle advice alone). However, these findings need to be confirmed by larger well-designed controlled trials which should include evaluation of the acceptability of the intervention to patients and the effect on their quality of life.

Individuals with central nervous system disease or injury have a much higher risk of loss of bowel control and severe constipation than other people. This is called neurogenic bowel dysfunction (NBD). It can be very difficult to treat constipation without causing bowel leakage, or to prevent bowel leakage without causing constipation. The time spent on emptying the bowel is nearly always much greater for these individuals. Bowel problems like this cause a lot of anxiety and distress and can reduce the quality of life of those who suffer them. This review of research about NBD could be of interest to individuals with any damage to the central nervous system caused by disease or injury, or present at birth, which has a long term effect on how their bowel works.

While there is a great deal of information on the causes of NBD, there are few studies that focus on how to practically manage the problem. Currently the usual advice is to have a good fluid intake, a balanced diet, as much physical exercise as is practical and a regular planned bowel routine. A bowel routine may include use of oral laxative medicines, suppositories or enemas; abdominal massage; digital rectal stimulation and digital evacuation of stool. The steps used will depend on the needs of each individual and some degree of trial and error is usually needed to achieve a satisfactory routine.

Only research studies where participants were allocated to either the control group (who received either no intervention or usual care) or the treatment group by chance (called randomisation) were included in this review as these studies provide the most reliable evidence. Fifteen new studies have been added in this update. Five have been removed because the drugs the studies reported on (cisapride and tegaserod) have been withdrawn from the market and are no longer available. Most of the 20 randomised studies in this review included very small numbers of participants and the study reports did not always give the information needed to be sure that the study findings were reliable.

Some oral laxatives were found to improve bowel function including psyllium, a stool-bulking laxative (one study), and an isosmotic macrogol (one study), which were both studied in individuals with Parkinson’s disease. Some suppositories and micro-enemas used to help the bowel to open produced faster results than others (three studies) and the timing of suppository use may affect the response of the bowel (one study). Digital evacuation of stool may be more effective than oral or rectal medication (one study). The use of transanal irrigation in individuals with spinal cord injury improved bowel control, constipation and quality of life measures (one study). Three studies found that abdominal massage was helpful in reducing constipation. One study found that patients may benefit from even one educational contact with a nurse.

This review shows that there is still remarkably little research on this common problem which is so important to patients. The research evidence found by the review is generally very poor because the way the studies were carried out and reported means that the results are not reliable. It is not possible to make recommendations for care based on these studies. Managing NBD will continue to rely on trial and error until more high quality studies with larger numbers of participants and which examine the most important aspects of this problem are carried out.