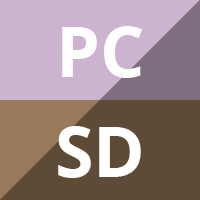 Patients in the intensive care unit (ICU) experience sleep deprivation caused by environmental disruption, such as high noise levels and 24‐hour lighting, as well as increased patient care activities and invasive monitoring as part of their care. Sleep deprivation affects physical and psychological health, and patients perceive the quality of their sleep to be poor whilst in the ICU. Artificial lighting during night‐time hours in the ICU may contribute to reduced production of melatonin in critically ill patients. Melatonin is known to have a direct effect on the circadian rhythm, and it appears to reset a natural rhythm, thus promoting sleep.

To assess whether the quantity and quality of sleep may be improved by administration of melatonin to adults in the intensive care unit. To assess whether melatonin given for sleep promotion improves both physical and psychological patient outcomes.

We included randomized and quasi‐randomized controlled trials with adult participants (over the age of 16) admitted to the ICU with any diagnoses given melatonin versus a comparator to promote overnight sleep. We included participants who were mechanically ventilated and those who were not mechanically ventilated. We planned to include studies that compared the use of melatonin, given at an appropriate clinical dose with the intention of promoting night‐time sleep, against no agent; or against another agent administered specifically to promote sleep.

All studies reported adequate methods for randomization and placebo‐controlled trials were blinded at the participant and personnel level. We noted high risk of attrition bias in one study and were unclear about potential bias introduced in two studies with differences between participants at baseline.

It was not appropriate to combine data owing to differences in measurement tools, or methods used to report data.

The effects of melatonin on subjectively rated quantity and quality of sleep are uncertain (very low certainty evidence). Three studies (139 participants) reported quantity and quality of sleep as measured through reports of participants or family members or by personnel assessments. Study authors in one study reported no difference in sleep efficiency index scores between groups for participant assessment (using Richards‐Campbell Sleep Questionnaire) and nurse assessment. Two studies reported no difference in duration of sleep observed by nurses.

The effects of melatonin on objectively measured quantity and quality of sleep are uncertain (very low certainty evidence). Two studies (37 participants) reported quantity and quality of sleep as measured by polysomnography (PSG), actigraphy, bispectral index (BIS) or electroencephalogram (EEG). Study authors in one study reported no difference in sleep efficiency index scores between groups using BIS and actigraphy. These authors also reported longer sleep in participants given melatonin which was not statistically significant, and improved sleep (described as “better sleep“) in participants given melatonin from analysis of area under the curve (AUC) of BIS data. One study used PSG but authors were unable to report data because of a large loss of participant data.

The certainty of the evidence for each outcome was limited by sparse data with few participants. We noted study limitations in some studies due to high attrition and differences between groups in baseline data; and doses of melatonin varied between studies. Methods used to measure data were not consistent for outcomes, and use of some measurement tools may not be effective for use on the ICU patient. All studies included participants in the ICU but we noted differences in ICU protocols, and one included study used a non‐standard sedation protocol with participants which introduced indirectness to the evidence.

We found insufficient evidence to determine whether administration of melatonin would improve the quality and quantity of sleep in ICU patients. We identified sparse data, and noted differences in study methodology, in ICU sedation protocols, and in methods used to measure and report sleep. We identified five ongoing studies from database and clinical trial register searches. Inclusion of data from these studies in future review updates would provide more certainty for the review outcomes.

Melatonin to improve sleep in the intensive care unit

Patients in the intensive care unit (ICU) experience poor sleep. This may be caused by constant high noise levels and 24‐hour lighting in the ICU, as well as increased and intrusive patient care activities (such as measuring blood pressure, pulse, and temperature; taking blood samples; administering medications, etc.). Lack of sleep affects a person’s physical and mental health. It is accepted that sleep is an essential requirement for good health. Sleep has a restorative function, and for the critically ill is thought to improve healing and survival. Patients perceive the quality of their sleep to be poor while they are in the ICU. Melatonin is a hormone produced in the body to regulate a daily cycle of sleep and wakefulness. Artificial light during night‐time hours in the ICU may affect the body’s natural production of melatonin, and this may affect the sleep cycle in critically ill patients.

To assess whether melatonin improves the quantity and quality of sleep for adults in the ICU and improves physical and psychological health.

The evidence is current to September 2017. We included four studies with 151 participants in the review. All participants were critically ill and were in the ICU. All studies compared melatonin with no agent (an inactive substance called a placebo), or with usual care.

We noted differences between groups in doses of melatonin and two studies reported differences between groups in participant characteristics which could have affected the results. One study had a large loss of data and another study did not use standard anaesthetic drugs to sedate patients. Few studies used appropriate equipment to measure quantity of sleep. We found few studies with few participants that assessed our review outcomes. We judged all evidence to be very low quality, and we could not be certain whether melatonin given to adults in the ICU improves quantity and quality of sleep. We found five ongoing studies in database and clinical trial register searches. Inclusion of these studies in future review updates would provide more certainty for the review outcomes.