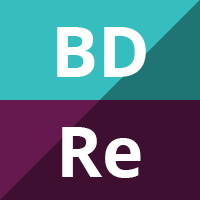 To determine if NSAIDs are more efficacious than various comparison treatments for non-specific chronic low back pain and if so, which type of NSAID is most efficacious.

We included RCTs (double-blind and single-blind) of NSAIDs used to treat people with chronic low back pain.

Two studies compared different types of non-selective NSAIDs, namely ibuprofen versus diclofenac and piroxicam versus indomethacin. The trials did not find any differences between these NSAID types, but both trials had small sample sizes. One trial reported no differences in pain intensity between treatment groups that used selective or non-selective NSAIDs. One other trial compared diflunisal with paracetamol and showed no difference in improvement from baseline on pain intensity score. One trial showed a better global improvement in favour of celecoxib versus tramadol.

One included trial compared NSAIDs with ‘home-based exercise’. Disability improved more in participants who did exercises versus participants receiving NSAIDs, but pain scores were similar.

Six of the 13 included RCTs showed that NSAIDs are more effective than placebo regarding pain intensity. NSAIDs are slightly more effective than placebo regarding disability. However, the magnitude of the effects is small, and the level of evidence was low. When we only included RCTs at low risk of bias, differences in effect between NSAIDs and placebo were reduced. We identified no difference in efficacy between different NSAID types, including selective versus non-selective NSAIDs. Due to inclusion of RCTs only, the relatively small sample sizes and relatively short follow-up in most included trials, we cannot make firm statements about the occurrence of adverse events or whether NSAIDs are safe for long-term use.

We assessed the evidence regarding the effect of non-steroidal anti-inflammatory drugs (NSAIDs) among people with chronic low back pain. NSAIDs were compared to placebo, other NSAIDs, other drugs or other kinds of treatment.

We collected all published randomized controlled trials evaluating the efficacy of NSAIDs until 24 June 2015. We included 13 trials which compared NSAIDs with placebo, other NSAIDs, other drugs or other treatment in people with chronic low back pain. Six trials compared NSAIDs with placebo, and included 1354 participants in total. Follow-up was between nine days and 16 weeks.

One trial compared NSAIDs with ‘home-based exercise’. Regarding disability, people who did exercise improved more than people receiving NSAIDs, but pain scores were not statistically different.

There was low quality evidence that NSAIDs are slightly more effective than placebo in chronic low back pain. The magnitude of the difference was small, and when we only accounted for trials of higher quality, these differences reduced.