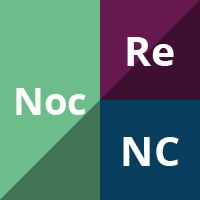 It is well documented that malnutrition is a common complication of paediatric malignancy and its treatment. Malnutrition can often be a consequence of cancer itself or a result of chemotherapy. Nutritional support aims to reverse malnutrition seen at diagnosis, prevent malnutrition associated with treatment and promote weight gain and growth. The most effective and safe forms of nutritional support in children and young people with cancer are not known.

We searched the following databases for the initial review: CENTRAL (The Cochrane Library, Issue 2, 2009), MEDLINE (1950 to 2006), EMBASE (1974 to 2006), CINAHL (1982 to 2006), the National Research Register (2007) and Dissertations & Theses (2007). Experts in the field were also contacted for information on relevant trials. For this update, we searched the same electronic databases from 2006 to September 2013. We also scrutinised the reference lists of included articles to identify additional trials.

Randomised or quasi-randomised controlled trials comparing any form of nutritional support with another, or control, in children or young people with cancer undergoing chemotherapy.

The provision of safe, appropriate and effective nutritional support for children and young people undergoing treatment for cancer is now well recognised as an important part of their care. It may help to reverse malnutrition seen at diagnosis, prevent malnutrition associated with the cancer, promote weight gain and growth and improve quality of life. Nutritional support may be provided by one of two methods: intravenous nutritional liquids delivered through a central or peripheral vein which bypass the gut (parenteral nutrition); or nutritional liquids or solids that pass through any part of the gut, regardless of method of delivery (e.g. orally or via a tube; enteral nutrition).

We found evidence from one small trial to suggest that parenteral nutrition may result in an increase in weight, serum albumin levels and calorie and protein intake when compared to enteral nutrition (usual food intake). However, the effect of other methods of delivery of nutritional support remains unclear. Results from another small study suggested that the use of energy dense enteral feeds resulted in greater average daily energy intake and subsequently improved weight gain. Three studies looked at glutamine supplementation and did not show a benefit from its use. One study looked at the effect of using olive oil based parenteral feeds rather than those containing standard fats and found that it lead to less weight gain. One study considered the effect of adding fructooligosaccharide to enteral feeds and found that it did not effect the amount of weight gained or how often participants felt nauseated. No studies were identified that compared the nutritional content in either the PN or EN groups of studies. The trials were all of low quality and very different in terms of outcome measures used. In the future, much larger, rigorously conducted trials are needed in order to address this important question.