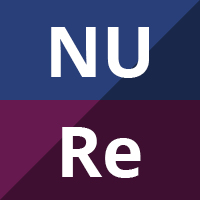 Pelvic floor muscle training versus no treatment, or inactive control treatments, for urinary incontinence in women

This is an update of a Cochrane Review first published in 2001 and last updated in 2014.

To assess the effects of PFMT for women with urinary incontinence (UI) in comparison to no treatment, placebo or sham treatments, or other inactive control treatments; and summarise the findings of relevant economic evaluations.

We searched the Cochrane Incontinence Specialised Register (searched 12 February 2018), which contains trials identified from CENTRAL, MEDLINE, MEDLINE In‐Process, MEDLINE Epub Ahead of Print, ClinicalTrials.gov, WHO ICTRP, handsearching of journals and conference proceedings, and the reference lists of relevant articles.

Randomised or quasi‐randomised controlled trials in women with SUI, UUI or MUI (based on symptoms, signs or urodynamics). One arm of the trial included PFMT. Another arm was a no treatment, placebo, sham or other inactive control treatment arm.

At least two review authors independently assessed trials for eligibility and risk of bias. We extracted and cross‐checked data. A third review author resolved disagreements. We processed data as described in the Cochrane Handbook for Systematic Reviews of Interventions. We subgrouped trials by diagnosis of UI. We undertook formal meta‐analysis when appropriate.

The review included 31 trials (10 of which were new for this update) involving 1817 women from 14 countries. Overall, trials were of small‐to‐moderate size, with follow‐ups generally less than 12 months and many were at moderate risk of bias. There was considerable variation in the intervention’s content and duration, study populations and outcome measures. There was only one study of women with MUI and only one study with UUI alone, with no data on cure, cure or improvement, or number of episodes of UI for these subgroups.

Women in the PFMT group were also more satisfied with treatment and their sexual outcomes were better. Adverse events were rare and, in the two trials that did report any, they were minor. The findings of the review were largely supported by the ‘Summary of findings’ tables, but most of the evidence was downgraded to moderate on methodological grounds. The exception was ‘participant‐perceived cure’ in women with SUI, which was rated as high quality.

Based on the data available, we can be confident that PFMT can cure or improve symptoms of SUI and all other types of UI. It may reduce the number of leakage episodes, the quantity of leakage on the short pad tests in the clinic and symptoms on UI‐specific symptom questionnaires. The authors of the one economic evaluation identified for the Brief Economic Commentary reported that the cost‐effectiveness of PFMT looks promising. The findings of the review suggest that PFMT could be included in first‐line conservative management programmes for women with UI. The long‐term effectiveness and cost‐effectiveness of PFMT needs to be further researched.

We wanted to find out if pelvic floor muscle training (PFMT) helps women with urinary incontinence problems. We did this by comparing the effects of this training with no treatment, or with any inactive treatment (for example, advice on management with pads). We also summarised findings on costs and cost‐effectiveness.

We searched for clinical trials up to 12 February 2018.

Why is this question important?

PFMT is a programme of exercise to improve pelvic floor muscle strength, endurance, power, relaxation or a combination of these. It is a widely used treatment for women with stress, urgency and mixed incontinence.

How did we carry out the review of the evidence?

The 31 included trials involved 1817 women from 14 countries. The studies included women with stress, urgency or mixed urinary incontinence. The women were allocated randomly to either receive or not receive PFMT and the effects were compared. We looked at whether the condition was ‘cured,’ or ‘cured or improved.’ We also looked at symptoms, the effect on quality of life (QoL) and the frequency and amount of urine lost.

The quality of the evidence we looked at was mostly moderate, which means we can have some confidence in the results.

For women with stress and all types of urinary incontinence, their incontinence symptoms and QoL were improved in the PFMT groups. Women were more satisfied with the PFMT treatment, while those in the control groups were more likely to seek further treatment.

The authors of the one economic evaluation identified for the Brief Economic Commentary reported that the cost‐effectiveness of PFMT looks promising.

Based on the data available, pelvic floor muscle training (PFMT) is better than no treatment, placebo or inactive control treatments for women with stress urinary incontinence (SUI) or urinary incontinence (UI) (all types). We can be confident that PFMT can cure or improve symptoms of SUI and all other types of UI.

Overall, women with SUI or all types of UI treated with PFMT were more likely to report better quality of life and have less urine leakage on short clinic‐based pad tests than controls. Women were also more satisfied with the active treatment, and their sexual outcomes were better. Finally, the findings of the review suggest that PFMT could be included in first‐line conservative management programmes for women with UI.

The limited nature of follow‐up beyond the end of treatment in the majority of the trials means that the long‐term outcomes of the use of PFMT remain uncertain. At this time, we are only starting to gather data on whether PFMT is cost‐effective in the long‐term.

There is a need for a pragmatic, well‐conducted and explicitly reported trial comparing PFMT with control to investigate the longer‐term clinical effectiveness and cost‐effectiveness of PFMT for women with symptoms of SUI, UUI or MUI. Although the quality of recent trials has improved (choice of outcome, duration of follow‐up, reporting method and data), most of the data in this review comes from small‐ to moderate‐size trials of moderate methodological quality. In planning future research, trialists are encouraged to consider the following.