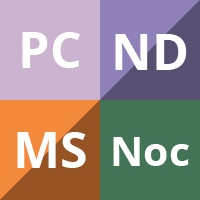 This review updates the original review, ‘Pharmacological treatments for fatigue associated with palliative care’ and also incorporates the review ‘Drug therapy for the management of cancer-related fatigue’.

In healthy individuals, fatigue is a protective response to physical or mental stress, often relieved by rest. By contrast, in palliative care patients’ fatigue can be severely debilitating and is often not counteracted with rest, thereby impacting daily activity and quality of life. Fatigue frequently occurs in patients with advanced disease (e.g. cancer-related fatigue) and modalities used to treat cancer can often contribute. Further complicating issues are the multidimensionality, subjective nature and lack of a consensus definition of fatigue. The pathophysiology is not fully understood and evidence-based treatment approaches are needed.

To evaluate the efficacy of pharmacological treatments for fatigue in palliative care, with a focus on patients at an advanced stage of disease, including patients with cancer and other chronic diseases.

For this update, we searched the Cochrane Central Register of Controlled Trials (CENTRAL), MEDLINE, PsycINFO and EMBASE, and a selection of cancer journals up to 28 April 2014. We searched the references of identified articles and contacted authors to obtain unreported data. To validate the search strategy we selected sentinel references.

We considered randomised controlled trials (RCTs) concerning adult palliative care with a focus on pharmacological treatment of fatigue compared to placebo, application of two drugs, usual care or a non-pharmacological intervention. The primary outcome had to be non-specific fatigue (or related terms such as asthenia). We did not include studies on fatigue related to antineoplastic treatment (e.g. chemotherapy, radiotherapy, surgical intervention). We also included secondary outcomes that were assessed in fatigue-related studies (e.g. exhaustion, tiredness).

Two review authors (MM and MC) independently assessed trial quality and extracted data. We screened the search results and included studies if they met the selection criteria. If we identified two or more studies that investigated a specific drug with the same dose in a population with the same disease and using the same assessment instrument or scale, we conducted meta-analysis. In addition, we compared the type of drug investigated in specific populations, as well as the frequent adverse effects of fatigue treatment, by creating overview tables.

For this update, we screened 1645 publications of which 45 met the inclusion criteria (20 additional studies to the previous reviews). In total, we analysed data from 18 drugs and 4696 participants. There was a very high degree of statistical and clinical heterogeneity in the trials and we discuss the reasons for this in the review. There were some sources of potential bias in the included studies, including a lack of description of the methods of blinding and allocation concealment, and the small size of the study populations. We included studies investigating pemoline and modafinil in participants with multiple sclerosis (MS)-associated fatigue and methylphenidate in patients suffering from advanced cancer and fatigue in meta-analysis. Treatment results pointed to weak and inconclusive evidence for the efficacy of amantadine, pemoline and modafinil in multiple sclerosis and for carnitine and donepezil in cancer-related fatigue. Methylphenidate and pemoline seem to be effective in patients with HIV, but this is based only on one study per intervention, with only a moderate number of participants in each study. Meta-analysis shows an estimated superior effect for methylphenidate in cancer-related fatigue (standardised mean difference (SMD) 0.49, 95% confidence interval (CI) 0.15 to 0.83). Therapeutic effects could not be described for dexamphetamine, paroxetine or testosterone. There were a variety of results for the secondary outcomes in some studies. Most studies had low participant numbers and were heterogeneous. In general, adverse reactions were mild and had little or no impact.

Based on limited evidence, we cannot recommend a specific drug for the treatment of fatigue in palliative care patients. Fatigue research in palliative care seems to focus on modafinil and methylphenidate, which may be beneficial for the treatment of fatigue associated with palliative care although further research about their efficacy is needed. Dexamethasone, methylprednisolone, acetylsalicylic acid, armodafinil, amantadine and L-carnitine should be further examined. Consensus is needed regarding fatigue outcome parameters for clinical trials.

In an advanced disease such as cancer, fatigue can be described as tiredness, weakness or lack of energy. Fatigue can affect daily activity and quality of life, and it is frequently reported by palliative care patients. The underlying causes of fatigue are not very well understood and fatigue is difficult to treat.

We searched the literature in April 2014 and found 45 randomised controlled trials for this update of the review. We analysed data from 4696 participants who received treatment for their fatigue. The trials dealt with neurological diseases (such as multiple sclerosis (753 participants), post-polio syndrome (58) and Parkinson’s disease (19)), different types of cancer (3223), HIV/AIDS (514), end-stage renal disease (56), multi-type advanced disease in hospice patients (30), amyotrophic lateral sclerosis (28) and end-stage chronic lung disease (15).

There was weak evidence for the efficacy of amantadine, pemoline and modafinil in reducing fatigue in patients with multiple sclerosis. There was also weak evidence for the efficacy of carnitine and donepezil for cancer-related fatigue. One small trial showed that people with HIV/AIDS and fatigue seemed to benefit from treatment with methylphenidate or pemoline. There was some low-quality evidence from small trials that methylphenidate, a stimulant drug that improves concentration, is effective for the management of cancer-related fatigue. There was no information about dexamphetamine, paroxetine or testosterone.

Previous studies have shown that erythropoietin and darbepoetin, drugs that improve anaemia (lack of iron), are also effective for cancer-related fatigue. However, due to safety concerns and side effects shown by more recent studies, erythropoietin and darbepoetin should no longer be used. Therefore, we excluded these drugs from this review update.

Overall, most side effects of the investigated drugs seemed to be mild.

Based on limited evidence from small studies, the evidence does not support the use of a specific drug for the treatment of fatigue in palliative care. Future trials should measure fatigue in advanced disease using comparable and standardised measures.