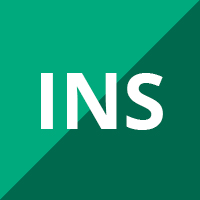 To determine the protective effect, duration of protection, age-specific effects and the effect of booster doses in children of the SgAV against SGAMM.

We searched the Cochrane Central Register of Controlled Trials (CENTRAL) (The Cochrane Library 2010, issue 2) which contains the Acute Respiratory Infections Group’s Specialised Register, MEDLINE (January 1950 to May Week 3, 2010) and EMBASE (January 1974 to May 2010).

We included RCTs. Non-RCTs that addressed outcomes not addressed by the RCTs were then identified and assessed.

Eight out of 12 eligible RCTs were included; 236,760 participants were vaccinated and 243,308 participants were controls. The protective effect of the vaccine in the first year was consistent across RCTs – summary vaccine efficacy 95% (95% CI 87% to 99%). Protection extended to the second and third year after vaccination but the results did not attain statistical significance. The vaccine was protective in Finnish children aged three months to five years. The latter was the only trial to offer booster doses to young children but lacked statistical power. The vaccine was protective in one- to five-year olds in low-income countries but the efficacy in narrower age strata could not be determined.

Meningococcal meningitis is a brain infection caused by bacteria living in the back of the throat. The bacteria can cause infection of the blood (septicaemia) and of the brain coverings (meningitis). Infection can progress very quickly to damage the brain and can be fatal. The polysaccharide vaccine is strongly protective in children over five years and in adults. Whilst the vaccine is also protective in children aged three months to five years, in low-income countries the level of protection in children of this age group is not very clear.

This review found there was not enough evidence from trials to answer some important questions about vaccination for meningococcal meningitis. Meningitis is the most common manifestation of invasive disease caused by Neisseria meningitidis (N. meningitidis). Other clinical manifestations include septicaemia, conjunctivitis, pericarditis and arthritis. Meningitis and septicaemia can be rapidly fatal if untreated. N. meningitidis is a normal commensal of the throat and may be found in about 10% of a healthy population. Reasons why the bacteria may become invasive to cause disease are unclear. Randomised controlled trials (RCTs) showed that the polysaccharide serogroup A vaccine prevented meningitis caused by the serogroup A strain of meningococci, and the vaccine has since been used effectively to control epidemics. However, observational studies suggested variations in the level and duration of protection, particularly among younger children, thus resulting in different interpretations of the potential value of routine vaccinations. The review was conducted to provide a summary estimate of the efficacy of the vaccine, its effectiveness in children under five years old, and its duration of protection. Results from 8 out of 12 eligible RCTs were included, and showed the vaccine highly protective in the first year after vaccination: the summary estimate of efficacy was 95% (95% confidence interval (CI) 87% to 99%). Although protection extended to the third year after vaccination, the results were not statistically significant. The vaccine was protective in Finnish children aged three months to five years, but the effect of a booster dose in children under two years was not statistically significant. The vaccine was protective in one- to five-year old children in low-income countries but its effectiveness by one or two-year age strata in this age group could not be determined. Two of 15 eligible non-RCTs were included in the analysis, but were at high risk of bias.