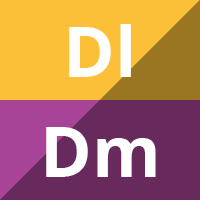 We searched CENTRAL, MEDLINE, Embase and clinical trial registry databases up to 28 March 2017. We updated this search in February 2018, but these results have not been incorporated in the review.

We included randomized or quasi‐randomized controlled trials comparing any method of processed EEG or evoked potential techniques (entropy, BIS, AEP etc.) against a control group where clinical signs were used to guide doses of anaesthetics in adults aged 18 years or over undergoing general anaesthesia for non‐cardiac or non‐neurosurgical elective operations.

There is moderate‐quality evidence that optimized anaesthesia guided by processed EEG indices could reduce the risk of postoperative delirium in patients aged 60 years or over undergoing non‐cardiac surgical and non‐neurosurgical procedures. We found moderate‐quality evidence that postoperative cognitive dysfunction at three months could be reduced in these patients. The effect on POCD at one week and over one year after surgery is uncertain. There are no data available for patients under 60 years. Further blinded randomized controlled trials are needed to elucidate strategies for the amelioration of postoperative delirium and postoperative cognitive dysfunction, and their consequences such as dementia (including Alzheimer’s disease (AD)) in both non‐elderly (below 60 years) and elderly (60 years or over) adult patients. The one study awaiting classification and five ongoing studies may alter the conclusions of the review once assessed.

We wanted to discover whether using brain electrical activity monitoring to guide doses of anaesthetics can reduce the risk of postoperative delirium (POD) and cognitive dysfunction (POCD) in adults undergoing general anaesthesia for non‐cardiac and non‐neurological surgical procedures.

Postoperative delirium (POD) is a disturbed state of mind which occurs a few days after surgery. POD involves a fluctuating course of confusion and disorganized behaviour. Postoperative cognitive dysfunction (POCD) is a decline in the ability of a person to think clearly after an operation. This may persist for weeks or months. POCD can affect a person’s concentration, attention, memory, learning, and the speed of their movement and mental responses. POD and POCD can complicate the quality of a person’s recovery from anaesthesia, as well as the quality of their life after surgery.

Processed electroencephalogram (EEG) monitors generate numerical values of brain electrical activity. The number provides information about the depth of anaesthesia during surgery, and is used to guide the dose of anaesthetic given. This is to prevent someone receiving either too small or too large a dose of anaesthetics.

The evidence is current to March 2017. We found six completed studies, five ongoing studies, and one awaiting classification.

All six completed studies were randomized controlled trials (RCT) conducted in 2929 male or female participants undergoing a surgical procedure and aged 60 years or over. An RCT is a study (or trial) which aims to reduce bias when testing a new treatment. The people taking part in the trial are randomly allocated to either the group receiving the treatment under investigation, or to a group receiving standard treatment (or placebo treatment) as the control. RCTs provide the most reliable evidence.

Our review provides moderate‐quality evidence that anaesthesia guided by processed EEG indices could reduce the risk of postoperative delirium in patients aged 60 years or over undergoing non‐cardiac and non‐neurological surgical procedures. We found some moderate‐quality evidence that postoperative cognitive dysfunction at three months could be reduced in these participants. There is insufficient evidence supporting the effect on POCD at one week and over one year after surgery or in younger patients.