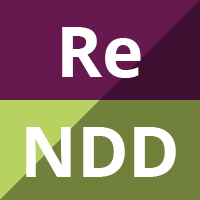 Protein and energy supplementation in elderly people at risk from malnutrition

Evidence for the effectiveness of nutritional supplements containing protein and energy, often prescribed for older people, is limited. Malnutrition is more common in this age group and deterioration of nutritional status can occur during illness. It is important to establish whether supplementing the diet is an effective way of improving outcomes for older people at risk from malnutrition.

This review examined trials for improvement in nutritional status and clinical outcomes when extra protein and energy were provided, usually as commercial ‘sip-feeds’.

Randomised and quasi-randomised controlled trials of oral protein and energy supplementation in older people, with the exception of groups recovering from cancer treatment or in critical care.

Sixty-two trials with 10,187 randomised participants have been included in the review. Maximum duration of intervention was 18 months. Most included trials had poor study quality. The pooled weighted mean difference (WMD) for percentage weight change showed a benefit of supplementation of 2.2% (95% confidence interval (CI) 1.8 to 2.5) from 42 trials. There was no significant reduction in mortality in the supplemented compared with control groups (relative risk (RR) 0.92, CI 0.81 to 1.04) from 42 trials. Mortality results were statistically significant when limited to trials in which participants (N = 2461) were defined as undernourished (RR 0.79, 95% CI 0.64 to 0.97).

The risk of complications was reduced in 24 trials (RR 0.86, 95% CI 0.75 to 0.99). Few trials were able to suggest any functional benefit from supplementation. The WMD for length of stay from 12 trials also showed no statistically significant effect (-0.8 days, 95% CI -2.8 to 1.3). Adverse effects included nausea or diarrhoea.

Supplementation produces a small but consistent weight gain in older people. Mortality may be reduced in older people who are undernourished. There may also be a beneficial effect on complications which needs to be confirmed. However, this updated review found no evidence of improvement in functional benefit or reduction in length of hospital stay with supplements. Additional data from large-scale multi-centre trials are still required.

Protein and energy supplementation in elderly people at risk from malnutrition

Much emphasis is placed on the importance of good diet, usually in relation to concern about the health risks of obesity. However it has been generally agreed that the risk of undernutrition rather than overnutrition is the main cause for concern in elderly people, particularly those who are hospitalised or institutionalised. Malnutrition has been shown to have important effects on recovery in a broad range of patients and conditions. It has been associated strongly with impaired immune response, impaired muscle and respiratory function, delayed wound healing, overall increased complications, longer rehabilitation, greater length of hospital stay and increased mortality. Oral protein and energy supplements are potentially safer and easier to administer than nasogastric enteral feeds and are therefore particularly suited to elderly people and are also widely used. However, there may be problems with the willingness and ability of older people to consume oral supplements, and supplements may not be used effectively. Even if supplements are prescribed, they may not always be given, or are given but not consumed. In addition to taste, the composition and timing of administration in relation to meals may be important. Efforts also need to be made to provide normal meals and snacks which meet the needs of elderly people and to provide assistance with feeding if required.