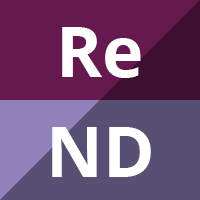 Riluzole is approved for the treatment of amyotrophic lateral sclerosis in most countries. Questions persist about its clinical utility because of high cost and modest efficacy.

To examine the efficacy of riluzole in prolonging survival and in delaying the use of surrogates (tracheostomy and mechanical ventilation) to sustain survival, and to assess the effect of riluzole upon functional health.

We searched the Cochrane Neuromuscular Disease Group Specialized Register (20 April 2011), the Cochrane Central Register of Controlled Trials (CENTRAL) (2011, Issue 2), MEDLINE (1966 to April 2011), EMBASE (1980 to May 2011) and made enquiries of authors of trials, Aventis (manufacturer of riluzole) and other experts in the field.

The four trials examining tracheostomy-free survival included a total of 974 riluzole-treated patients and 503 placebo-treated patients. No new randomized controlled trials were found when we updated the searches for this update in 2011. The methodological quality was acceptable and three trials were easily comparable, although one trial (169 participants) included older patients in more advanced stages of amyotrophic lateral sclerosis and one (195 participants) had multiple primary endpoints. Riluzole 100 mg per day provided a benefit for the homogeneous group of patients in the first two trials (hazard ratio (HR) 0.80, 95% confidence internal (CI) 0.64 to 0.99, P= 0.042) and there was no evidence of heterogeneity (P = 0.33). When the third trial (which included older and more seriously affected patients) was added, there was evidence of heterogeneity (P < 0.0001) and the overall treatment effect was reduced but still significant (HR 0.84, 95% CI 0.698 to 0.997, P= 0.046). This represented a 9% gain in the probability of surviving one year (49% in the placebo and 58% in the riluzole group), and increased median survival from 11.8 to 14.8 months. There was a small beneficial effect on both bulbar and limb function, but not on muscle strength. A three-fold increase in serum alanine transferase was more frequent in riluzole-treated patients than controls (mean difference 2.62, 95% CI 1.59 to 4.31).

Riluzole 100 mg daily is reasonably safe and probably prolongs median survival by about two to three months in patients with amyotrophic lateral sclerosis.

Amyotrophic lateral sclerosis (ALS)/motor neuron disease (MND) is a fatal neurological disease which produces paralysis of the limb, swallowing and breathing muscles. There is no available treatment to stop or reverse its progressive course. In this review, we examine the evidence from four randomized clinical trials involving 1477 people with ALS. The methodological quality of the trials was acceptable and three of the trials were easily comparable (although one of them included older patients with more advanced ALS). The searches for this review were last updated in 2011, when we found no new randomized controlled trials. The results indicate that riluzole 100 mg probably prolongs median survival in people with ALS by two to three months and the safety of the drug is not a major concern. The evidence from randomized controlled trials indicates that participants taking riluzole probably survive longer than participants taking placebo. The beneficial effects are very modest and the drug is expensive. There was a small beneficial effect on both bulbar and limb function, but not on muscle strength. Adverse effects from riluzole are relatively minor and for the most part reversible after stopping the drug.