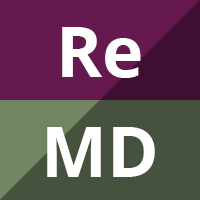 Therapies for depression in Parkinson’s disease

Relevant clinical trials were identified by electronic searches the Cochrane Controlled Trials Register (the Cochrane Library Issue 3, 2001), MEDLINE(1996-2001), EMBASE (1974-2001), PsychLit (1800’s-2001), CINAHL (1982-2001) databases. The reference list of all trial reports and reviews were examined. Queries were sent out to all manufacturers and distributors of antidepressants within the UK requesting information on any relevant clinical trials.

Data was extracted and assessed independently by three of the authors. Disagreements were resolved by discussion.

Three randomised controlled trials were found examining oral antidepressant medications in Parkinson’s disease in a total of 106 patients. No eligible trials of ECT or behavioural therapy were found. In the first arm of the crossover trial by Andersen 1980 (n=22) patients in the nortriptyline group showed a larger improvement than placebo group in median depression score in a self-made 31-item depression rating scale after 16 weeks of treatment but statistical significance was not calculated. A parallel group trial by Wermuth 1998 (n=37) did not show any statistically significant difference between the citalopram and placebo groups in the Hamilton Depression Scale after 52 weeks of treatment. The third study by Rabey 1996 (n=47) was a randomised open-label trial to compare fluvoxamine versus amitriptyline. Similar numbers of patients in amitriptyline and fluvoxamine groups (60% vs 55%) had a 50% reduction of Hamilton score after 16 months of treatment. However, further assessment of this trial was not possible because only summary results were available from an abstract and attempts to contact the authors failed. Visual hallucinations or confusion had been reported in patients with fluvoxamine and amitriptyline. Otherwise, no other major side effects were found in the other two trials.

Insufficient data on the effectiveness and safety of any antidepressants therapies in Parkinson’s disease are available on which to make recommendations for their use. Further large scale randomised controlled trials are urgently required in this area.

Anti-depressant therapies may be able to help relieve depression in people with Parkinson’s disease but more research is needed on safety and effectiveness.

Parkinson’s disease can lead to psychiatric as well as physical symptoms, the most common of which is depression. Oral antidepressants, electroconvulsive therapy or behavioural therapy are currently used in the treatment of depression in Parkinson’s disease. No trials were found examining the efficacy of electroconvulsive therapy or behavioural therapy. We identified three trials which examined antidepressant drugs. The review found that there is not enough evidence from the trials about the effects of antidepressant drugs for the treatment of depression in people with Parkinson’s disease. Adverse effects in trials so far have not been severe, and included visual hallucinations and confusion.