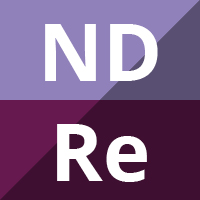 Motor neuron disease (MND), also known as amyotrophic lateral sclerosis (ALS), is a progressive neurodegenerative condition that may cause dysphagia, as well as limb weakness, dysarthria, emotional lability, and respiratory failure. Since normal salivary production is 0.5 L to 1.5 L daily, loss of salivary clearance due to dysphagia leads to salivary pooling and sialorrhea, often resulting in distress and inconvenience to people with MND. This is an update of a review first published in 2011.

To assess the effects of treatments for sialorrhea in MND, including medications, radiotherapy and surgery.

On 27 August 2021, we searched the Cochrane Neuromuscular Specialised Register, CENTRAL, MEDLINE, Embase, AMED, CINAHL, ClinicalTrials.gov and the WHO ICTRP. We checked the bibliographies of the identified randomized trials and contacted trial authors as needed. We contacted known experts in the field to identify further published and unpublished papers.

We included randomized controlled trials (RCTs) and quasi‐RCTs, including cross‐over trials, on any intervention for sialorrhea and related symptoms, compared with each other, placebo or no intervention, in people with ALS/MND.

We identified four RCTs involving 110 participants with MND who were described as having intractable sialorrhea or bulbar dysfunction.

A randomized pilot study of botulinum toxin A or radiotherapy in 20 participants, which was at high risk of bias, provided very low‐certainty evidence on the primary outcome of the Drool Rating Scale (DRS; range 8 to 39 points, higher scores indicate worse drooling) at 12 weeks (effect size −4.8, 95% CI −10.59 to 0.92; P = 0.09; 1 RCT; 16 participants). Quality of life was not measured. Evidence for adverse events, measured immediately after treatment (RR 7.00, 95% CI 1.04 to 46.95; 20 participants), and after four weeks (when two people in each group had viscous saliva) was also very uncertain.

A phase 2, randomized, placebo‐controlled cross‐over study of 20 mg dextromethorphan hydrobromide and 10 mg quinidine sulfate (DMQ) found that DMQ may produce a participant‐reported improvement in sialorrhea, indicated by a slight improvement (decrease) in mean scores for the primary outcome, the Center for Neurologic Study Bulbar Function Scale (CNS‐BFS). Mean total CNS‐BFS (range 21 (no symptoms) to 112 (maximum symptoms)) was 53.45 (standard error (SE) 1.07) for the DMQ treatment period and 59.31 (SE 1.10) for the placebo period (mean difference) MD −5.85, 95% CI ‐8.77 to ‐2.93) with a slight decrease in the CNS‐BFS sialorrhea subscale score (range 7 (no symptoms) to 35 (maximum symptoms)) compared to placebo (MD –1.52, 95% CI ‐2.52 to ‐0.52) (1 RCT; 60 participants; moderate‐certainty evidence). The trial did not report an objective measure of saliva production or measure quality of life. The study was at an unclear risk of bias. Adverse events were similar to other trials of DMQ, and may occur at a similar rate as placebo (moderate‐certainty evidence, 60 participants), with the most common side effects being constipation, diarrhea, nausea, and dizziness. Nausea and diarrhea on DMQ treatment resulted in one withdrawal.

A randomized, double‐blind, placebo‐controlled cross‐over study of scopolamine (hyoscine), administered using a skin patch, involved 10 randomized participants, of whom eight provided efficacy data. The participants were unrepresentative of clinic cohorts under routine clinical care as they had feeding tubes and tracheostomy ventilation, and the study was at high risk of bias. The trial provided very low‐certainty evidence on sialorrhea in the short term (7 days’ treatment, measured on the Amyotrophic Lateral Scelerosis Functional Rating Scale‐Revised (ALSFRS‐R) saliva item (P = 0.572)), and the amount of saliva production in the short term, as indicated by the weight of a cotton roll (P = 0.674), or daily oral suction volume (P = 0.69). Quality of life was not measured. Adverse events evidence was also very uncertain. One person treated with scopolamine had a dry mouth and one died of aspiration pneumonia considered unrelated to treatment.

There is some low‐certainty or moderate‐certainty evidence for the use of botulinum toxin B injections to salivary glands and moderate‐certainty evidence for the use of oral dextromethorphan with quinidine (DMQ) for the treatment of sialorrhea in MND. Evidence on radiotherapy versus botulinum toxin A injections, and scopolamine patches is too uncertain for any conclusions to be drawn. Further research is required on treatments for sialorrhea. Data are needed on the problem of sialorrhea in MND and its measurement, both by participant self‐report measures and objective tests. These will allow the development of better RCTs.

The PICO model is widely used and taught in evidence-based health care as a strategy for formulating questions and search strategies and for characterizing clinical studies or meta-analyses . PICO stands for four different potential components of a clinical question: Patient, Population or Problem; Intervention; Comparison; Outcome

See more on using PICO in the Cochrane Handbook.

Treatment of unintentional drooling of saliva in motor neuron disease

To assess the effects of treatments for drooling of saliva in motor neuron disease (MND), which is also known as amyotrophic lateral sclerosis (ALS).

Unintentional drooling of saliva (sialorrhea) is a distressing symptom suffered by many people with MND because of difficulty swallowing. The management of sialorrhea currently involves the use of suction, drug treatments and more invasive approaches, including injection of botulinum toxin to the salivary (parotid and submandibular) glands, radiotherapy to the salivary glands, and surgery to tie off the salivary gland ducts. This is an update of a review first published in 2011.

Cochrane review authors identified four trials that could be included in the review.

In the first, 20 people with MND received a single injection of botulinum toxin or placebo (dummy treatment) into the salivary glands on each side of the head.

Another study compared botulinum toxin and radiotherapy and was not blinded (which means that neither the participants nor the staff knew whether active or placebo treatment had been administered). Since the outcomes all involved patient opinions, there is some uncertainty about the results. Furthermore, the investigators tested five doses of botulinum and three doses of radiotherapy in a group of 20 people, making it difficult to interpret results.

A third trial was a cross‐over study of DMQ, a combination of dextromethorphan hydrobromide and quinidine sulfate. The 60 people with MND who took part were randomly allocated into two groups; one group received DMQ for about a month, had a drug washout (drug‐free period) for about two weeks and then received placebo for about a month; the second group started with placebo for a month, before being switched to DMQ after the washout period.

The fourth study administered scopolamine (hyoscine) patches or placebo patches to 10 people with severe MND. A cross‐over design was used, with two treatment periods of seven days and a washout period for seven days in between.

Data from the first study suggested that botulinum toxin injection may produce an improvement in participant‐reported salivation compared to placebo, based on evidence in 20 people, but the results also allow for no effect. The study appeared to be well designed and well conducted, but it proved difficult to maintain blinding, which leads to uncertainty about measures that rely on a participant’s opinion. Objective tests like measuring saliva volumes are arduous for both patients and staff, but they can provide very useful data; this study provided evidence that botulinum toxin probably reduces the average volume of saliva at week eight after injection. Botulinum toxin may have no more side effects than placebo injection and may have little effect on quality of life.

The DMQ trial reported improvements in scores for saliva, speech and swallowing from a 21‐item patient‐reported outcome measure and improvement in speech but not saliva or swallowing from other patient‐reported outcome measures. It is difficult to say whether the differences were enough to be important in practice. Clinicians were more likely to rate participants as having improved bulbar function (comprising saliva, speech and swallowing) if they were in the DMQ treatment phase as opposed to the placebo treatment phase. The side effects were as expected for DMQ; the most frequent were constipation, diarrhea, nausea, and dizziness; side effects may be no more common with DMQ than with placebo. The study did not measure quality of life or objective measures of swallowing. The study appeared to be well conducted but success regarding blinding is unknown.

The evidence from studies of botulinum toxin and radiotherapy and scopolamine (hyoscine) patches was too uncertain for any conclusions to be drawn.

Further research on botulinum toxin, DMQ or even a combination of them would be valuable. Future trials need to be large enough to detect statistically significant effects and more research is needed on outcome measures. Although other treatments have been investigated in case‐control studies (which generally provide a lower quality of evidence than randomized studies), there was no evidence to compare the effectiveness of other different treatments for sialorrhea. Further research is needed to compare the different treatments available and to optimize treatment regimens.

The evidence in the review is current to August 2021.