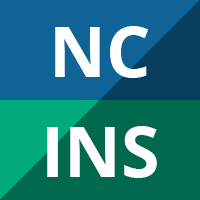 Tetanus is an acute, often fatal, disease caused by an exotoxin produced by Clostridium tetani. It occurs in newborn infants born to mothers who do not have sufficient circulating antibodies to protect the infant passively, by transplacental transfer. Prevention may be possible by the vaccination of pregnant or non-pregnant women, or both, with tetanus toxoid, and the provision of clean delivery services. Tetanus toxoid consists of a formaldehyde-treated toxin that stimulates the production of antitoxin.

To assess the effectiveness of tetanus toxoid, administered to women of reproductive age or pregnant women, to prevent cases of, and deaths from, neonatal tetanus.

Randomised or quasi-randomised trials evaluating the effects of tetanus toxoid in pregnant women or women of reproductive age on numbers of neonatal tetanus cases and deaths.

Two review authors independently assessed trials for inclusion and risk of bias, extracted data and checked them for accuracy.

Two effectiveness trials (9823 infants) and one safety trial (48 mothers) were included. The main outcomes were measured on infants born to a subset of those randomised women who became pregnant during the course of the studies. For our primary outcomes, there was no high-quality evidence according to GRADE assessments.

Available evidence supports the implementation of immunisation practices on women of reproductive age or pregnant women in communities with similar, or higher, levels of risk of neonatal tetanus, to the two study sites.

Vaccines for women to prevent tetanus in newborn babies

Review question: Our review evaluated the existing evidence on immunisation with tetanus toxoid in women of reproductive age for the prevention of tetanus and death in newborn babies and to determine whether serious harms are associated with tetanus toxoid exposure.

Background: Tetanus in newborn babies is an infection causing rigidity, muscle spasm and often death. It is quite common in low-income countries, as a result of insufficient protection being passed from the mother to her baby during the pregnancy, together with infection entering into the baby when the umbilical cord is cut using contaminated instruments.

Key results and quality of the evidence:

A protective effect against deaths caused by tetanus was observed among the newborns from mothers who received at least two doses of the tetanus toxoid vaccine when compared with newborns from mothers who were immunised with influenza vaccine. A similar protective effect was seen with at least two doses of the tetanus vaccine against newborn deaths. Cases of tetanus were less frequent among newborns from women who received at least one dose of tetanus toxoid. This evidence was of moderate quality. In the second trial immunisation of women of reproductive age with tetanus diphtheria toxoid had a greater protective effect against newborn deaths than did cholera vaccine. The quality of the evidence was low for this outcome. In the third study no serious adverse events (during pregnancy or in babies) were related to the receiving of Tdap vaccine. The women experienced more pain with the vaccine injection than with the placebo. The available evidence supports the implementation of immunisation programs for women of reproductive age or pregnant women in communities with similar, or higher, levels of risk of tetanus in newborn babies as at the two study sites.