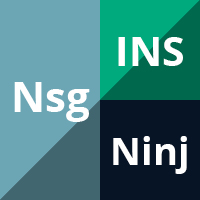 Basilar skull fractures predispose patients to meningitis because of the possible direct contact of bacteria in the paranasal sinuses, nasopharynx or middle ear with the central nervous system (CNS). Cerebrospinal fluid (CSF) leakage has been associated with a greater risk of contracting meningitis. Antibiotics are often given prophylactically, although their role in preventing bacterial meningitis has not been established.

To evaluate the effectiveness of prophylactic antibiotics for preventing meningitis in patients with basilar skull fractures.

Randomised controlled trials (RCTs) comparing any antibiotic versus placebo or no intervention. We also identified non-RCTs to perform a separate meta-analysis in order to compare results.

In this update we did not identify any new trials for inclusion. We included five RCTs with 208 participants in the review and meta-analysis. We also identified 17 non-RCTs comparing different types of antibiotic prophylaxis with placebo or no intervention in patients with basilar skull fractures. Most trials presented insufficient methodological detail. All studies included meningitis in their primary outcome. When we evaluated the five included RCTs, there were no significant differences between antibiotic prophylaxis groups and control groups in terms of reduction of the frequency of meningitis, all-cause mortality, meningitis-related mortality and need for surgical correction in patients with CSF leakage. There were no reported adverse effects of antibiotic administration, although one of the five RCTs reported an induced change in the posterior nasopharyngeal flora towards potentially more pathogenic organisms resistant to the antibiotic regimen used in prophylaxis. We performed a subgroup analysis to evaluate the primary outcome in patients with and without CSF leakage. We also completed a meta-analysis of all the identified controlled non-RCTs (enrolling a total of 2168 patients), which produced results consistent with the randomised data from the included studies.

Using the GRADE approach, we assessed the quality of trials as moderate.

Currently available evidence from RCTs does not support prophylactic antibiotic use in patients with basilar skull fractures, whether there is evidence of CSF leakage or not. Until more research is available, the effectiveness of antibiotics in patients with basilar skull fractures cannot be determined because studies published to date are flawed by biases. Large, appropriately designed RCTs are needed.

Is it beneficial for patients with basilar skull fractures to receive a course of intravenous antibiotics?

This review examined five randomised controlled trials, comprising a total of 208 participants with basilar skull fracture, which compared those who received preventive antibiotic therapy with those who did not receive antibiotics, to establish how many participants developed meningitis. The evidence is current to June 2014.

The available data did not support the use of prophylactic antibiotics, as there is no proven benefit of such therapy. There was a possible adverse effect of increased susceptibility to infection with more pathogenic (disease-causing) organisms. We suggest that research is needed to address this question, as there are too few studies available on this subject and they have overall design shortcomings and small combined numbers of participants studied.

We ranked the evidence as being of moderate quality because it is based on randomised data, although with some methodological limitations in design that caused us to downgrade the quality of the trials.