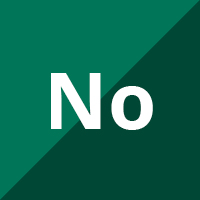 Long-term neurocognitive and other side effects of radiotherapy, with or without chemotherapy, for glioma

Gliomas are brain tumours arising from glial cells with an annual incidence of 4 to 11 people per 100,000. In this review we focus on gliomas with low aggressive potential in the short term, i.e. low‐grade gliomas. Most people with low‐grade gliomas are treated with surgery and may receive radiotherapy thereafter. However, there is concern about the possible long‐term effects of radiotherapy, especially on neurocognitive functioning.

To evaluate the long‐term neurocognitive and other side effects of radiotherapy (with or without chemotherapy) compared with no radiotherapy, or different types of radiotherapy, among people with glioma (where ‘long‐term‘ is defined as at least two years after diagnosis); and to write a brief economic commentary.

We searched the following databases on 16 February 2018 and updated the search on 14 November 2018: Cochrane Central Register of Controlled Trials (CENTRAL; 2018, Issue 11) in the Cochrane Library; MEDLINE via Ovid; and Embase via Ovid. We also searched clinical trial registries and relevant conference proceedings from 2014 to 2018 to identify ongoing and unpublished studies.

Randomised and non‐randomised trials, and controlled before‐and‐after studies (CBAS). Participants were aged 16 years and older with cerebral glioma other than glioblastoma. We included studies where patients in at least one treatment arm received radiotherapy, with or without chemotherapy, and where neurocognitive outcomes were assessed two or more years after treatment.

The review includes nine studies: seven studies were of low‐grade glioma and two were of grade 3 glioma. Altogether 2406 participants were involved but there was high sample attrition and outcome data were available for a minority of people at final study assessments. In seven of the nine studies, participants were recruited to randomised controlled trials (RCTs) in which longer‐term follow‐up was undertaken in a subset of people that had survived without disease progression. There was moderate to high risk of bias in studies due to lack of blinding and high attrition, and in two observational studies there was high risk of selection bias. Paucity of data and risk of bias meant that evidence was of low to very low certainty. We were unable to combine results in meta‐analysis due to diversity in interventions and outcomes.

Radiotherapy versus no adjuvant treatment
Two observational studies contributed data. At the 12‐year follow‐up in one study, the risk of cognitive impairment (defined as cognitive disability deficits in at least five of 18 neuropsychological tests) was greater in the radiotherapy group (risk ratio (RR) 1.95, 95% confidence interval (CI) 1.02 to 3.71; n = 65); at five to six years the difference between groups did not reach statistical significance (RR 1.38, 95% CI 0.92 to 2.06; n = 195). In the other study, one subject in the radiotherapy group had cognitive impairment (defined as significant deterioration in eight of 12 neuropsychological tests) at two years compared with none in the control group (very low certainty evidence).

With regard to neurocognitive scores, in one study the radiotherapy group was reported to have had significantly worse mean scores on some tests compared with no radiotherapy; however, the raw data were only given for significant findings. In the second study, there were no clear differences in any of the various cognitive outcomes at two years (n = 31) and four years (n = 15) (very low certainty evidence).

Radiotherapy versus chemotherapy
One RCT contributed data on cognitive impairment at up to three years with no clear difference between arms (RR 1.43, 95% CI 0.36 to 5.70, n = 117) (low‐certainty evidence).

Chemoradiotherapy versus radiotherapy
Two RCTs tested for cognitive impairment. One defined cognitive impairment as a decline of more than 3 points in MMSE score compared with baseline and reported data from 2‐year (110 participants), 3‐year (91 participants), and 5‐year (57 participants) follow‐up with no clear difference between the two arms at any time point. A second study did not report raw data but measured MMSE scores over five years in 126 participants at two years, 110 at three years, 69 at four years and 53 at five years. Authors concluded that there was no difference in MMSE scores between the two study arms (P = 0.4752) (low‐certainty evidence).

Two RCTs reported quality of life (QoL) outcomes for this comparison. One reported no differences in Brain‐QoL scores between study arms over a 5‐year follow‐up period (P = 0.2767; no raw data were given and denominators were not stated). The other trial reported that the long‐term results of health‐related QoL showed no difference between the arms but did not give the raw data for overall HRQoL scores (low‐certainty evidence).

We found no comparative data on endocrine dysfunction; we planned to develop a brief economic commentary but found no relevant economic studies for inclusion.

Long‐term effects of radiotherapy for glioma treatment on brain functioning

Background
Gliomas are brain tumours that can be very aggressive and result in death within months; however, people with less aggressive gliomas (low‐grade gliomas) can survive for a number of years. Most people are treated with surgery and may also receive radiotherapy with or without chemotherapy. However, radiotherapy can damage healthy brain tissue, and we do not know enough about the possible long‐term effects of radiotherapy on brain functioning, such as memory, communication, concentration and speed of thinking (called neurocognition). Progression of the tumour can also cause deterioration in brain functioning. In this review we looked at the possible long‐term effects of radiotherapy on the brain in adults with less aggressive gliomas who had survived for at least two years after receiving treatment.

No studies compared effects of radiotherapy on relevant hormone functioning; we planned to develop a brief economic commentary to summarise information on whether the interventions represented a good use of health services but found no relevant studies.

Conclusions
The risk of long‐term deterioration in brain functioning associated with radiotherapy for the treatment of less aggressive gliomas remains uncertain. Further research on glioma treatment options should assess potential long‐term cognitive and hormonal side effects, costs and value for money.

Comments Off on Long-term neurocognitive and other side effects of radiotherapy, with or without chemotherapy, for glioma
Previous Article
Ethical case interventions for adult patients
Next Article
Financial conflicts of interest in systematic reviews: associations with results, conclusions, and methodological quality