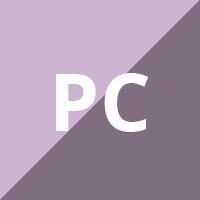 Long-term mechanical ventilation is the most common situation for which tracheostomy is indicated for patients in intensive care units (ICUs). ‘Early’ and ‘late’ tracheostomies are two categories of the timing of tracheostomy. Evidence on the advantages attributed to early versus late tracheostomy is somewhat conflicting but includes shorter hospital stays and lower mortality rates.

Two review authors extracted data and conducted a quality assessment. Meta-analyses with random-effects models were conducted for mortality, time spent on mechanical ventilation and time spent in the ICU.

We included eight RCTs (N = 1977 participants). At the longest follow-up time available in these studies, evidence of moderate quality from seven RCTs (n = 1903) showed lower mortality rates in the early as compared with the late tracheostomy group (risk ratio (RR) 0.83, 95% confidence interval (CI) 0.70 to 0.98; P value 0.03; number needed to treat for an additional beneficial outcome (NNTB) ≅ 11). Divergent results were reported on the time spent on mechanical ventilation and no differences were noted for pneumonia, but the probability of discharge from the ICU was higher at day 28 in the early tracheostomy group (RR 1.29, 95% CI 1.08 to 1.55; P value 0.006; NNTB ≅ 8).

The whole findings of this systematic review are no more than suggestive of the superiority of early over late tracheostomy because no information of high quality is available for specific subgroups with particular characteristics.

Background: Tracheostomy is a surgical procedure in which an external artificial opening is made in the trachea (windpipe). Long-term mechanical ventilation (whereby a machine is used to mechanically assist breathing) is the most common situation for which tracheostomy is indicated for patients in intensive care units (ICUs). ‘Early’ and ‘late’ tracheostomies may be undertaken.

Study characteristics: The evidence is current to August 2013. We included eight studies with a total of 1977 patients allocated to either early or late tracheostomy. Four studies received financial support from different institutions that did not participate in the study or in preparing the content of the final publications. We reran the search in October 2014. We will deal with any studies of interest when we update the review.

Key results: Patients receiving early tracheostomy had lower risk of mortality at the longest follow-up time available in seven studies that measured mortality (ranging from 28 days to two years of follow-up), as compared with patients subjected to a late tracheostomy. However, the available evidence should be considered with caution because information is insufficient regarding any subgroup(s) or individual characteristic(s) potentially associated with the best indications for early or late tracheostomy. According to available results, approximately 11 patients would need to be treated with an early instead of a late tracheostomy to prevent one death. Results concerning the time spent on mechanical ventilation are not definitive, but they suggest benefits associated with early tracheostomy. Two studies show a significantly higher probability of discharge from the ICU at 28 days of follow-up in the early tracheostomy group and no significant differences for pneumonia. Possible differences between early and late tracheostomy have yet to be adequately investigated in high-quality studies because no information is available on the best indication for either early or late tracheostomy in patients with specific characteristics.