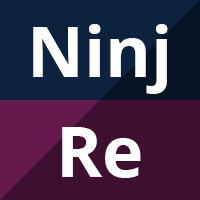 Apathy is a deficiency in overt behavioural, emotional and cognitive components of goal-directed behaviour. It is a common occurrence after traumatic brain injury (TBI), with widespread impact. We have systematically reviewed studies examining the effectiveness of interventions for apathy in the TBI population.

To investigate the effectiveness of interventions for apathy in adults who have sustained a TBI. This was evaluated by changes in behavioural, cognitive and emotional measures of apathy.

We identified one trial that satisfied the inclusion criteria for this review. This trial (N = 21) showed that cranial electrotherapy stimulation (CES) decreased inertia, which is a component of apathy, while no changes were seen in the sham treatment or no treatment control groups. Given that no between-group analysis was reported, it was not possible to determine if the CES treatment group improved significantly more than the control group.

No evidence was provided to support the use of CES treatment for inertia, a component of apathy. Between-group statistical analyses were not conducted and it was therefore not possible to determine the efficacy of the treatment relative to no treatment or sham treatment. Results regarding the effectiveness of treatment can only be inferred, and this evidence is based on only one trial with a small sample size. More randomised controlled trials evaluating different ways of treating apathy would be valuable. Trials should have larger sample sizes and use rigorous research designs and statistical analyses appropriate for examining between-group differences.

Treatment for apathy in people with traumatic brain injury

Many people who have a traumatic brain injury experience apathy. Apathy is a decrease in cognitive, behavioural and emotional components of goal-directed activity due to reduced motivation. It is characterised by lessened activity, initiative and concern about working towards and achieving goals. This problem impacts on rehabilitation outcome, independence, work and family burden.

The review authors searched the literature for treatment studies of apathy, or a component of apathy, in people who have had a traumatic brain injury. One randomised controlled trial was found which examined the use of cranial electrotherapy stimulation for inertia, which is a component of apathy. Evidence for the effectiveness of this treatment is particularly restricted by the small number of participants and the lack of statistical analyses to demonstrate that the cranial electrotherapy stimulation treatment was more successful than sham or no treatment. More methodologically rigorous studies need to be conducted to investigate different methods of effectively treating apathy in people with traumatic brain injury.