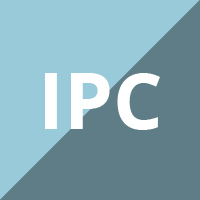 Survivors of critical illness often experience a multitude of problems that begin in the intensive care unit (ICU) or present and continue after discharge. These can include muscle weakness, cognitive impairments, psychological difficulties, reduced physical function such as in activities of daily living (ADLs), and decreased quality of life. Early interventions such as mobilizations or active exercise, or both, may diminish the impact of the sequelae of critical illness.

To assess the effects of early intervention (mobilization or active exercise), commenced in the ICU, provided to critically ill adults either during or after the mechanical ventilation period, compared with delayed exercise or usual care, on improving physical function or performance, muscle strength and health-related quality of life.

We searched CENTRAL, MEDLINE, Embase and CINAHL. We searched conference proceedings, reference lists of retrieved articles, databases of trial registries and contacted experts in the field on 31 August 2017. We did not impose restrictions on language or location of publications.

We included all randomized controlled trials (RCTs) or quasi-RCTs that compared early intervention (mobilization or active exercise, or both), delivered in the ICU, with delayed exercise or usual care delivered to critically ill adults either during or after the mechanical ventilation period in the ICU.

Two researchers independently screened titles and abstracts and assessed full-text articles against the inclusion criteria of this review. We resolved any disagreement through discussion with a third review author as required. We presented data descriptively using mean differences or medians, risk ratios and 95% confidence intervals. A meta-analysis was not possible due to the heterogeneity of the included studies. We assessed the quality of evidence with GRADE.

We included four RCTs (a total of 690 participants), in this review. Participants were adults who were mechanically ventilated in a general, medical or surgical ICU, with mean or median age in the studies ranging from 56 to 62 years. Admitting diagnoses in three of the four studies were indicative of critical illness, while participants in the fourth study had undergone cardiac surgery. Three studies included range-of-motion exercises, bed mobility activities, transfers and ambulation. The fourth study involved only upper limb exercises. Included studies were at high risk of performance bias, as they were not blinded to participants and personnel, and two of four did not blind outcome assessors. Three of four studies reported only on those participants who completed the study, with high rates of dropout. The description of intervention type, dose, intensity and frequency in the standard care control group was poor in two of four studies.

There is insufficient evidence on the effect of early mobilization of critically ill people in the ICU on physical function or performance, adverse events, muscle strength and health-related quality of life at this time. The four studies awaiting classification, and the three ongoing studies may alter the conclusions of the review once these results are available. We assessed that there is currently low-quality evidence for the effect of early mobilization of critically ill adults in the ICU due to small sample sizes, lack of blinding of participants and personnel, variation in the interventions and outcomes used to measure their effect and inadequate descriptions of the interventions delivered as usual care in the studies included in this Cochrane Review.

Does helping critically ill adults to move or exercise early in their stay in the intensive care unit (ICU) improve their ability to perform everyday activities such as walking, and the ability to perform daily self care on discharge from hospital? We reviewed the evidence for this question, to see if there are benefits to early exercise, including the amount of time spent in the ICU or hospital, muscle strength, feelings of well-being, and also to see if there are harms, such as the occurrence of falls. The movement or exercise could include things such as moving in, or sitting out of bed, practicing standing up, walking, arm exercises, and self-care activities such as eating or brushing hair.

Adults who are critically ill, and spend time in an ICU, can develop muscle weakness and other problems. This can occur because of the illness that led to their admission to the ICU, treatments associated with this illness, the impact of ongoing health conditions, and their lack of movement while in the ICU. They may also have ongoing problems when they leave ICU (or hospital) such as having trouble doing daily activities (for example dressing, bathing and mobility); feeling depressed or anxious and having difficulty returning to work.

We wanted to evaluate if assisting these people to move early in their ICU stay would allow them to be better able to look after themselves, be stronger and feel better about life.

We found four studies that included a total of 690 adults who had been in the ICU. Patients were randomized to receive exercises and assistance to move early in their stay in the ICU or to usual care. All participants had been on a breathing machine at some point during their time in the ICU. Three studies included adults with critical illness involving severe disease of the lungs or severe body response to infection and one study involved adults who had undergone cardiac surgery.

One study was funded by the Intensive Care Foundation, Royal Brisbane and Women’s Hospital, Australia and the investigator was supported by a Postgraduate Award from Singapore.

We were unable to determine whether early movement or exercise of critically ill people in the ICU improves their ability to do daily activities, muscle strength, or quality of life. There were mixed results on the effect of early movement or exercise on physical function. One study found that on some measures of physical function, participants who received the intervention could get out of bed earlier and walk greater distances. However, the same study found no differences in the number of daily activities they could do when leaving ICU. Early movement or exercise appears safe as the number of adverse events was very low. There was no difference between groups in time spent in hospital, muscle strength or death rates.

Overall there was low-quality evidence from these studies. The main reasons were that only a small number of studies have examined this intervention. Most studies included only a small number of participants, and participants and study staff were aware of group assignment. In addition, in two studies, staff assessing outcomes were aware of group assignment. There were also differences in participant diagnoses, interventions and the way that outcomes were measured. The four studies awaiting classification, and the three ongoing studies may alter the conclusions of the review once these results are available.

Currency of the evidence

Evidence in this review is current to August 2017.