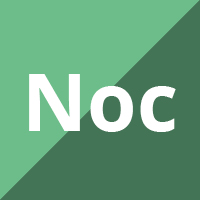 Treatment of newly diagnosed glioblastoma in the elderly: a network meta-analysis

A glioblastoma is a fatal type of brain tumour for which the standard of care is maximum surgical resection followed by chemoradiotherapy, when possible. Age is an important consideration in this disease, as older age is associated with shorter survival and a higher risk of treatment‐related toxicity.

To determine the most effective and best‐tolerated approaches for the treatment of elderly people with newly diagnosed glioblastoma. To summarise current evidence for the incremental resource use, utilities, costs and cost‐effectiveness associated with these approaches.

We searched electronic databases including the Cochrane Central Register of Controlled Trials (CENTRAL), MEDLINE and Embase to 3 April 2019, and the NHS Economic Evaluation Database (EED) up to database closure. We handsearched clinical trial registries and selected neuro‐oncology society conference proceedings from the past five years.

Randomised trials (RCTs) of treatments for glioblastoma in elderly people. We defined ‘elderly’ as 70+ years but included studies defining ‘elderly’ as over 65+ years if so reported.

We used standard Cochrane methods for study selection and data extraction. Where sufficient data were available, treatment options were compared in a network meta‐analysis (NMA) using Stata software (version 15.1). For outcomes with insufficient data for NMA, pairwise meta‐analysis were conducted in RevMan. The GRADE approach was used to grade the evidence.

We included 12 RCTs involving approximately 1818 participants. Six were conducted exclusively among elderly people (either defined as 65 years or older or 70 years or older) with newly diagnosed glioblastoma, the other six reported data for an elderly subgroup among a broader age range of participants. Most participants were capable of self‐care. Study quality was commonly undermined by lack of outcome assessor blinding and attrition. NMA was only possible for overall survival; other analyses were pair‐wise meta‐analyses or narrative syntheses.

High‐certainty evidence shows that CRT prolongs overall survival (OS) compared with RT40 (hazard ratio (HR) 0.67, 95% confidence interval (CI) 0.56 to 0.80) and low‐certainty evidence suggests that CRT may prolong overall survival compared with TMZ (TMZ versus CRT: HR 1.42, 95% CI 1.01 to 1.98). Low‐certainty evidence also suggests that adding BEV to CRT may make little or no difference (BEV_CRT versus CRT: HR 0.83, 95% CrI 0.48 to 1.44). We could not compare the survival effects of CRT with different radiotherapy fractionation schedules (60 Gy/30 fractions and 40 Gy/15 fractions) due to a lack of data. When treatments were ranked according to their effects on OS, CRT ranked higher than TMZ, RT and supportive care only, with the latter ranked last. BEV plus RT was the only treatment for which there was no clear benefit in OS over supportive care only.

One trial comparing tumour treating fields (TTF) plus adjuvant chemotherapy (TTF_AC) with adjuvant chemotherapy alone could not be included in the NMA as participants were randomised after receiving concomitant chemoradiotherapy, not before. Findings from the trial suggest that the intervention probably improves overall survival in this selected patient population.

We were unable to perform NMA for other outcomes due to insufficient data. Pairwise analyses were conducted for the following.

Moderate‐certainty narrative evidence suggests that overall, there may be little difference in QoL between TMZ and RT, except for discomfort from communication deficits, which are probably more common with RT (1 study, 306 participants, P = 0.002). Data on QoL for other comparisons were sparse, partly due to high dropout rates, and the certainty of the evidence tended to be low or very low.

There is a paucity of economic evidence regarding the management of newly diagnosed glioblastoma in the elderly. Only one economic evaluation on two short course radiotherapy regimen (25 Gy versus 40 Gy) was identified and its findings were considered unreliable.

For elderly people with glioblastoma who are self‐caring, evidence suggests that CRT prolongs survival compared with RT and may prolong overall survival compared with TMZ alone. For those undergoing RT or TMZ therapy, there is probably little difference in QoL overall. Systemic anti‐cancer treatments TMZ and BEV carry a higher risk of severe haematological and thromboembolic events and CRT is probably associated with a higher risk of these events. Current evidence provides little justification for using BEV in elderly patients outside a clinical trial setting. Whilst the novel TTF device appears promising, evidence on QoL and tolerability is needed in an elderly population. QoL and economic assessments of CRT versus TMZ and RT are needed. More high‐quality economic evaluations are needed, in which a broader scope of costs (both direct and indirect) and outcomes should be included.

What is the issue?
Glioblastoma is a fatal type of brain tumour. The standard treatment of newly diagnosed glioblastoma is to remove as much of the tumour as possible by operation, and then to give chemotherapy (an anti‐cancer medicine called temozolomide (TMZ)) and radiotherapy. TMZ is usually given at the same time as radiotherapy (concomitant chemotherapy), and also for about six months after radiotherapy (adjuvant chemotherapy). Together, these treatments can be called chemoradiotherapy (CRT). However, not all people, particularly the elderly, are fit enough to receive CRT, which can have serious side‐effects. In this review we evaluated evidence on different treatments that have been looked at in older people with newly diagnosed glioblastoma, to find out which treatments may help.

How we conducted the review
We searched for trials that compared different treatments in elderly people with newly diagnosed glioblastoma and also for studies on cost‐effectiveness. We defined ‘the elderly’ as 70+ years, but also included data from patients 65+ years old if studies did not give results for the 70+ age group. We used standard Cochrane methods to assess studies and collect data. We compared treatments in a network meta‐analysis (NMA), which allowed us to rank different treatments options.

What we found
We found 12 studies evaluating different options including radiotherapy, chemotherapy, supportive (palliative) care, combinations of treatments, and a medical device that is worn on the head and emits an electric field (known as tumour treating fields). Most people enrolled in these studies did not have serious disabilities. In the NMA, we compared the effects of seven treatments on patients overall survival. All treatments tested in the NMA apart from one, in which an agent called bevacizumab (BEV) was combined with radiotherapy, clearly prolonged survival compared with supportive care only. The strongest evidence we found showed that CRT leads to a longer survival time than short‐course radiotherapy only; but weaker evidence suggested that CRT also prolongs survival compared with TMZ only. When we ranked all treatments according to their effectiveness in prolonging survival time, CRT ranked higher than TMZ, RT and supportive care only, with the latter ranked last.

A study of tumour treating fields could not be included in the NMA because it was conducted among fitter elderly patients who had already received part of their CRT. Evidence from this study suggested that adding tumour treating fields after radiotherapy probably improves survival in this fitter group of patients.

With regard to quality of life, evidence suggested that the impact of TMZ and radiotherapy‐only treatments is probably not very different, except for greater discomfort from communication deficits with radiotherapy. Quality of life evidence was hard to interpret for other treatment options because it tended to be limited by high dropout rates, as people with glioblastoma do not live very long and may not feel like filling out questionnaires when they feel unwell.

Our conclusions
For reasonably fit elderly people with glioblastoma, evidence suggests that CRT prolongs survival compared with radiotherapy or TMZ alone, and that any of these three treatment options may prolong survival compared with supportive care only. Serious adverse events affecting blood components are more common with anti‐cancer medicines TMZ and BEV. There is not enough evidence on BEV to support its use in elderly people with glioblastoma outside of a research setting. More evidence is needed on how different treatments impact quality of life and health costs. Age alone is unlikely to be the best determinant of optimal treatment of older people with glioblastoma.